Cathay Pacific Airways has revealed it intends to acquire budget carrier Hong Kong Express Airways, capitalising on trouble at the indebted HNA Group and potentially joining its rivals in owning a low-cost carrier.

But Hong Kong's flagship airline made no mention of how much of a stake it would take in the company, or for what cost. Any deal could leave its parent group with a third city-based carrier and about half of the airport's runway slots.

Cathay Pacific said in a statement on Tuesday morning it was "in active discussions about an acquisition involving HKE", referring to Hong Kong Express, which is better known by its brand name HK Express.

It said no agreement had been reached, and there was no certainty of a deal. It did not mention any discussions with the financially plagued Hong Kong Airlines, despite earlier reports that it might acquire a stake in it. Both of the smaller airlines are under the debt-plagued mainland Chinese conglomerate HNA.

Analysts said the move - as opposed to launching a budget carrier of its own - looked like a good one for Cathay.

K Ajith, director of Asia Transport Research at investment bank UOB Kay Hian, said: "It is the first time Cathay Pacific is venturing into [the budget market], at a relatively low cost.

"It is best for Cathay to acquire a stake in HK Express, rather than Hong Kong Airlines, in at least financial outlay."

Not owning a low-cost carrier - unlike rivals Singapore Airlines and Qantas - has hampered Cathay. No-frills airlines have lured away its passengers, along with mainland and Middle Eastern carriers, forcing Cathay to sometimes sell tickets below cost, contributing to recent years of financial losses, which were only recently reversed. 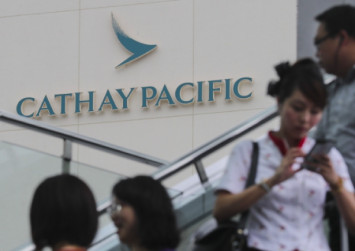 The potential growth of the Cathay Pacific Group - adding HK Express to its namesake airline and Cathay Dragon - could raise competition concerns.

But analysts did not expect competition authorities to stand in the way, given recent trouble at Hong Kong Airlines, which is undergoing a restructure.

"I think the competition authorities will approve it," Ajith said.

News of Cathay's mulled move came in a listed company statement at the Hong Kong stock exchange. The company said it was in response to media reports about it being in discussions to acquire Hong Kong Express and Hong Kong Airlines.

Bloomberg reported in late February that Cathay held preliminary talks with HNA about acquiring minority stakes in HK Express and Hong Kong Airlines, quoting people with knowledge of the matter.

Cathay said on Tuesday it would make further announcements when appropriate.

Jefferies equity analyst Andrew Lee said Cathay was making the first move ahead of rivals, pointing out that airlines were clamouring for more access to Hong Kong International Airport.

"We believe this could be positive for Cathay Pacific given different passenger markets as Hong Kong Express is a low-cost airline," he said in an analysts' note.

"We believe other parties could be interested in Hong Kong Express given the capacity constraints at Hong Kong airport."

Hong Kong International Airport (HKIA) handled 74.7 million passengers in 2018, and is operating at full capacity until a third runway enables it to add more flights from 2025. Cathay was already mulling launching its own budget airline in or around 2025, to take advantage of the extra slots, making Tuesday's news something of a turnaround.

Cathay Pacific and Cathay Dragon, which control approximately 45 per cent of runway slots at HKIA, operate a combined fleet of 201 passenger and cargo planes, flying to 232 destinations in 53 countries and territories. HK Express has an approximate 5 per cent share of local runway slots.

A deal to buy HK Express would push the parent group's control of runway slots to near 50 per cent, in line with how much control large airlines have in their home airports, such as British Airways at London Heathrow and the Singapore Airlines Group in the Lion City. 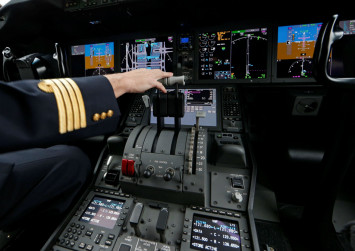 While HK Express and Hong Kong Airlines share the same major shareholder in HNA, both have competed against each another, unlike Cathay Pacific and its regional full-service sister carrier, Cathay Dragon.

Cathay Dragon uses the same types of plane as HK Express, and only overlaps on 14 destinations.

Cathay Pacific is rebounding from two years of back-to-back losses.

On the back of potential acquisition moves, the airline's shares jumped 3 per cent, or 0.38 cents, to HK$13.42 on Tuesday morning. The price had steadied to HK$13.30 by close of trading. The airline's shares have risen 17 per cent for the year to date.