First-class tickets on Cathay Pacific Airways from Portugal to Hong Kong were sold for US$1,512 (HK$11,800, S$1,512) instead of US$16,000 on Sunday, less than two weeks after a similar incident on the carrier’s website sparked a frenzy among eagle-eyed buyers.

The airline offered one-way flights on partner carriers from Lisbon to London, Zurich or Frankfurt, with connecting Cathay Pacific flights from these stops to Hong Kong. It does not operate direct routes between Portugal and Hong Kong.

But, while some of the tickets were at the usual full fares, others were sold at huge discounts. 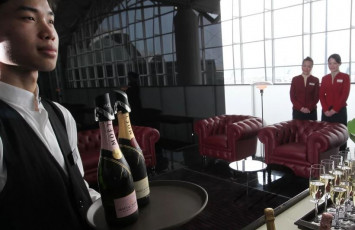 As of 11.30am on Sunday, the steeply discounted tickets remained on sale.

In a statement issued later, a Cathay spokeswoman said: “We are aware of an error on some fares from Europe on our website because of an input issue. The sale of such fares was stopped immediately.

“We are looking into the root cause of this incident both internally and externally with our vendors.

“For the very small number of customers who have purchased these tickets, we look forward to welcoming you on board to enjoy our premium services.”

Cathay made headlines worldwide on New Year’s Day after selling return tickets from Vietnam to various destinations in North America for as little as US$870 in first class and US$670 in business class.

Internet bargain hunters and frequent travellers snapped up the deals within a matter of hours, and it took the airline more than a day to acknowledge the mistake.

In a goodwill gesture, Cathay then honoured all the tickets sold, but the blunder, which was attributed to human error, was thought to have cost the airline millions of dollars.

At the time, acknowledging that the delay had caused unwelcomed speculation, Cathay said on Twitter that it would honour the tickets as “#promisemadepromisekept”, and, in a nod to the costly error, “#lessonlearnt” – but apparently not.