Caught on video: Food delivery driver in China beats girl with a broomstick

A driver for Meituan, the food delivery app, is being investigated along with his wife for alleged child abuse after they were filmed beating their daughter on multiple occasions.

The couple were questioned by police in Shenzhen, Guangdong province, after Meituan identified the man seen in a viral video as an employee, according to a statement from the city's Baoan district government on Sunday.

An edited four-minute clip posted online over the weekend shows a woman and a man in Meituan's trademark yellow uniform repeatedly hitting a young girl, who police later confirmed was their 8-year-old daughter.

The footage was recorded over four days in September and October, but it is not known where the incidents took place or who posted it online. 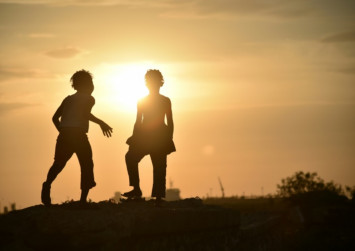 At one point in the video, the woman grabs the girl's pigtail, pushes her to the floor and kicks her repeatedly. On a separate occasion, the man slaps her face and beats her with a broomstick.

After receiving information from Meituan, police in Baoan questioned a man surnamed Liu and his wife, surnamed Chen, both from Guangdong province, according to the statement. It said the couple had admitted beating the girl.

The medical examiner found no obvious wounds on the girl's body, it added.

The Baoan authorities said the local branch of the All China Women's Federation has filed for a protective order for the girl and arranged for social workers to provide psychological counseling.

On Sunday, Meituan issued a statement confirming that Liu was one of its delivery drivers. He was hired on Aug 28 and resigned on Dec 6, the company said.

Wang Xinliang, a lawyer for Shandong Xinliang Law Firm, who has launched an alliance to campaign against domestic violence, said the behaviour seen in the video should be considered child abuse, as it could have a long-term impact on the victim, mentally and physically.

"The beatings will cause tremendous harm on the child's body and psychology,... which is far for what people will accept. And that's the reason there has been such widespread condemnation online," Wang said.

"China's Anti-Domestic Violence Law has made people understand that beating children is against the law, which is the positive effect of legislation."