Shackled by her neck and locked up all day in a squalid shack, video footage of a mentally-ill woman imprisoned by her husband has cast a shadow over the festive mood created by Beijing's Winter Olympics.

The woman, surnamed Yang, has become a source of concern and outrage in China after video emerged of her grim living conditions in a village in Feng county, Jiangsu province.

For many Chinese, images of the mother of eight — dressed in ragged clothes and huddling for warmth in temperatures as low as zero degrees Celsius — have evoked memories of a once-widespread, but often ignored corner of society: Trafficking and torture of women, especially in rural areas.

After repeated denials, local authorities finally acknowledged the possibility of human trafficking in Yang's case on Thursday (Feb 10), while demographers say her plight offers a peek into the complexity of marriage in rural China, where traditional values such as a preference for sons and the decades-long one-child policy have resulted in a staggering gender imbalance.

"The problem of tens of millions of bachelors caused by decades of one-child policy, is unsolvable," said Yi Fuxian, a demographer and senior scientist at the University of Wisconsin-Madison.

China's one-child policy was strictly enforced with fines and forced abortions between 1979 and 2016, leaving a traumatic legacy for millions of families, especially those pressured to terminate the pregnancy of a girl. 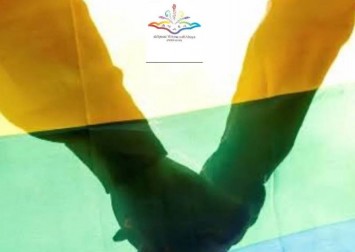 Since 1980, more than 30 million more males were born than females in China, according to estimates from academics.

Figures from China's seventh national census last year showed there were 17.52 million more men than women in the population aged between 20 to 40.

"In normal circumstances, the sex ratio at birth in China is usually considered to be 106 [males to 100 females]," said Jiang Quanbao, a demography professor at Xian Jiaotong University. He added about 7 million of the 17.52 million quoted in the census could be a result of sex-selective abortion.

The preference for sons has deep roots in Chinese society, stretching back to Confucian ideas that only males can carry on the family line and the belief that boys have more economic value than girls.

Desire for a son is strongest in the countryside, where traditional views still prevail, resulting in more "missing girls", said Jin Yongai, assistant professor at the Population and Development Studies Centre of Renmin University.

"The sex ratio at birth started to rise quickly from the late 1980s, so 20 years later, the impacts started to spread to the marriage market," said Jin, adding the problem became pronounced after 2010.

Lu Ting, chief China economist at Nomura, said the situation is only expected to get worse.

Another factor exacerbating the gender imbalance in rural areas is the outflow of women. 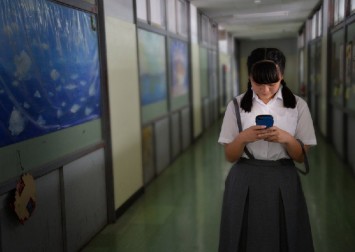 Since the Chinese government loosened restrictions on interregional migration in the 1980s, huge numbers of women have chosen to move to cities or wealthier areas, through education, employment and marriage.

Traditionally, Chinese women tend to marry up, with men of a higher socio-economic status — meaning many move to urban areas — while men marry lower.

As a result, many men from lower social classes in poorer areas face difficulty finding brides.

"The more impoverished and backward the area, the greater the possibility of women leaving, and the more serious the gender imbalance problem," Jiang said.

The phenomenon of 'leftover' women — a term used to describe unmarried, but educated women as young as 27 — that prevails in big cities is hardly seen in the countryside. While 'silly' or 'crazy' wives, referring to married women with learning disabilities or mental illness, are common in villages across the country.

A 2020 survey of five villages in Shandong province by the Zaozhuang city statistics bureau found men and women remained single for different reasons.

Most men blamed the "gender imbalance" and "poor economic conditions", while women predominantly answered "higher criteria for a spouse".

A surplus of single men may cause social issues, the survey concluded, as bachelors were more likely to suffer physical and psychological problems, as well as low level of social integration. 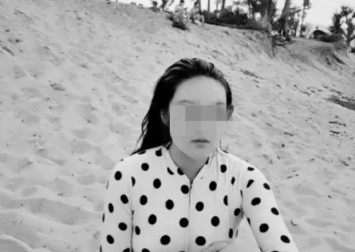 The local government also warned that the gender imbalance could lead to a market in trafficked women.

Facing mounting social media pressure over Yang's treatment, authorities in Feng county, as well as the upper-level city of Xuzhou, have issued four statements — three denying human trafficking was a factor in her marriage, and the last one acknowledging it as a possibility.

On Monday, in the third statement, the Xuzhou government said Yang was from the southwestern province of Yunnan and came to Jiangsu with a woman from the same village surnamed Sang in 1996, but got lost at a railway station.

Paying for a bride was once common in rural China and in northern Jiangsu, where Feng county is located and the gender gap is especially wide, it was rampant in the 1980s-90s.

"In 1988 in places like Feng county, every village had at least dozens of wives who were bought from southern provinces," said Luo Zhenzhong, a former prosecutor involved in a human trafficking crackdown in northern Jiangsu in late 1980s.

"The villagers didn't have the legal consciousness, they generally thought it was very normal to buy a wife."

Wives who attempted to escape would usually be tortured after they were caught, said Luo, who now practices law in Shenzhen.

"They would be badly beaten, I don't really want to recall and describe the memories," he said.

To give the full story, here is the original video that caused the social media storm, which is still ongoing today (tw distressing content, not sure why the lock is blurred, as if that is the most shocking thing about this video..) pic.twitter.com/UOA5zrfeQ4

Buying a wife has been a criminal offence in China since 1997 and is punishable by up to three years in prison.

But legal experts have questioned the leniency of the legislation. Luo Xiang, a professor of criminal law at China University of Political Science and Law, said purchasing rare and endangered wild animals is subject to up to five years' imprisonment.

"The current law imposes even less severe punishment on buying people than on buying animals," Luo wrote in an article published on Monday.

READ ALSO: 'We had no choice': China's one-child policy and the millions of 'missing girls'