Child criminals on the run in China? Police use old photos for 'wanted' poster

Police in a county in southwestern China have apologised for releasing four photographs of children among 100 posted online of fugitives.

The photos were released on Tuesday by officers in Zhenxiong county, Yunnan province, with a list of the suspects' alleged crimes but no indication that three of the four were now adults, causing a stir online.

One photograph appeared to be of a boy of primary school age.

"Ji Qinghai, male, ethnicity Han … is wanted by the police for involvement in a public nuisance case," the notice said, stating his ID card number. 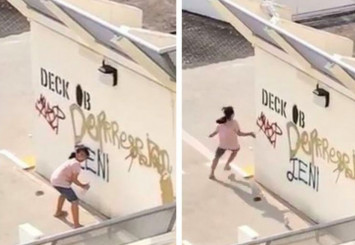 According to public records searchable online using the ID number in the poster, Ji is 17 years old.

Zhenxiong county police said on their official Weibo account that they had used childhood photos of some suspects because more recent photos were not available.

A Zhenxiong police officer identified only as Liu told the Chongqing Morning Post that the photo the force had of Ji when the crime allegedly took place was blurry, so it used one of him as a child, which was clear.

The 100 suspects are wanted in relation to crimes ranging from gambling to organising a prostitution ring and suspected murder.

Tips from members of the public leading to arrests would earn rewards of between 1,000 and 20,000 yuan (S$200-4,000) and informants' identities would be protected, according to Zhenxiong police.

Three other suspects shown as wanted by Zhenxiong police also appeared to be children. Xu Shilin, whose picture showed a young boy wearing a blue polo neck, was wanted in a false imprisonment case. He is now 28 years old.

Yang Jianxue, 51, is accused of bodily harm. In a black-and-white photo, a young Yang was shown wearing what appeared to be a Mao suit, which was popular in the 1960s and 1970s.

"Where are the police sketch artists? Help them draw a portrait," Steven Ceng from Shenzhen wrote.

After the media coverage, Zhenxiong police published a letter of apology on their Weibo channel on Tuesday evening.

"The use of old children's photos (now removed) has drawn the attention of netizens and created a negative influence," the post read. "We sincerely apologise for the carelessness in our work."

Some people sympathised with the police and thought they were doing their best in the circumstances, while others were more damning.

"This again shows your level of competence, how embarrassing," Beijing Weibo user Lao Wotou wrote. "With this kind of action and logic, how can we feel safe?"

The child photos in the poster had been replaced by the words "recent photos not available".