Chinese President Xi Jinping casts his vote on Hong Kong electoral reform at the closing session of the National People's Congress (NPC) at the Great Hall of the People in Beijing, China, March 11, 2021.

China’s national legislature has approved a resolution to drastically overhaul Hong Kong’s electoral system to ensure only “patriots” can rule the city, in a sweeping move critics fear will further quash opposition voices.

The National People’s Congress (NPC) passed the resolution on Thursday (March 4) afternoon by a near-unanimous vote, paving the way for the biggest shake-up to the city’s electoral system since its return to China in 1997.

Delegates voted 2,895 in favour of the proposal, which will authorise its standing committee to finalise the details of the electoral reform process. They applauded for the longest period after the Hong Kong electoral proposal was passed.

Chinese state-run news agency Xinhua confirmed shortly after the vote that, under the new electoral system, members of the NPC and the Chinese People‘s Political Consultative Conference – the country’s top political advisory body – will be part of the Election Committee selecting the city’s leader next year.

The Election Committee will be expanded to add these 300 Beijing loyalists, who will become a fifth sector of the expanded 1,500 member body. The other four groupings – business, professional, social and political, will continue to have 300 members each.

The Legislative Council will also be expanded to 90 seats from 70, and will be elected through the committee, functional constituencies and through direct elections.

A vetting committee will be established to review potential candidates for the committee and Legco, effectively barring opposition candidates not deemed sufficiently “patriotic”. 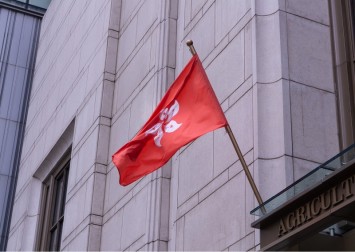 To implement the decision, the NPC Standing Committee will also amend Annex I and Annex II of Hong Kong‘s basic law, the city’s mini-constitution.

At the same time, 117 seats on the Election Committee elected by the city‘s district councillors – dominated by the opposition after the 2019 polls – are expected to be scrapped, further diluting the opposition’s influence.

While the NPC has never voted down a proposal, the margin by which they are passed is seen as an indication of the level of support for the measures. Last year, the NPC approved the proposal for the national security law in Hong Kong with a vote of 2,878 in favour and one against, with six abstentions.

Chinese officials have insisted the measures are necessary to establish a “democratic electoral system with Hong Kong characteristics” and to ensure national security is upheld, but critics have warned it will limit the space for opposition in the city and roll back years of effort to liberalise the system.

Li Zhanshu, chairman of the National People’s Congress Standing Committee, said this week the “legal combination punches ” from the moves were meant to “safeguard the constitutional order of Hong Kong” following anti-government protests in 2019.

Ahead of the NPC’s vote on the electoral measures, Britain said the proposed changes would be another attack on the former British colony’s rights and freedoms.

The US and other countries have also slammed Beijing for charging 47 opposition politicians and activists in Hong Kong with subversion under the national security law , which came into effect in the city last June. 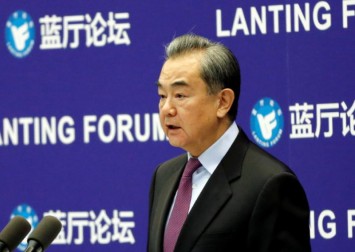 The NPC on Thursday – the final day of its meetings in Beijing this year – also approved the government‘s annual work report, which laid out plans for the year ahead, including a GDP growth target of “above 6 per cent”, an increase in the military budget by 6.8 per cent, and plans for China to become a manufacturing powerhouse.