China to buck global economic downturn in 2020 as coronavirus continues to drive down activity, says IMF

People wearing face masks ride their scooters and walk on a street following an outbreak of the coronavirus disease, in Beijing, China, on March 30, 2020.

China is expected to post positive growth this year even as the global economy contracts 4.9 per cent in a coronavirus-driven plunge in output, the International Monetary Fund (IMF) said on Wednesday.

The IMF’s World Economic Outlook Update estimated China’s economy will grow 1 per cent in 2020, a downgrade of its April forecast, but better than other major economies like the United States and the European Union that will contract by 8 per cent and 10.2 per cent, respectively.

India, which had been forecast to post positive growth in April, was downgraded in the June report.

Supported in part by government stimulus, the world’s second largest economy is projected to rebound rapidly from its first quarter contraction , growing 8.2 per cent in 2021 – the highest growth of any country.

Its growth will contribute to the overall recovery of emerging markets and developing economies in 2021, which is projected at 5.9 per cent, the report said.

“The Covid-19 pandemic has had a more negative impact on activity in the first half of 2020 than anticipated, and the recovery is projected to be more gradual than previously forecast,” the IMF said.

The latest projection for global growth was 1.9 percentage points below the IMF’s April forecast, in which the global monetary organisation predicted this year’s downturn was likely to be the worst since the Great Depression.

Growth in 2021 is projected to be 5.4 per cent, 0.4 percentage points lower than the April estimate.

Growth in consumption, in particular, has been downgraded for most economies, reflecting the larger-than-anticipated disruption to domestic activity, but it is projected to strengthen gradually next year.

Investment is also expected to firm up, but remain subdued, the report said.

“The downturn could be less severe than forecast if economic normalisation proceeds faster than currently expected in areas that have reopened – for example in China, where the recovery in investment and services through May was stronger than anticipated,” the IMF said. 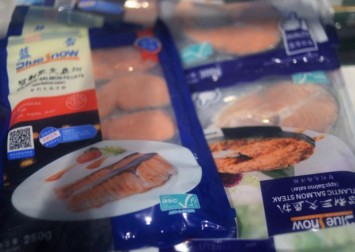 China’s economy is slowly recovering from months of crippling lockdowns at the beginning of the year, with authorities focusing on supporting vulnerable small and medium-sized firms by delaying loan repayments and freeing up access to bank loans, while expanding the social security net for under-pressure households.

A new outbreak of coronavirus in Beijing, centred around a cluster of infections at a sprawling wholesale market, has cast further doubt over the pace of recovery.

The deadly virus has killed more than 470,000 and infected more than 9 million people around the world.

Beyond pandemic-related downside risks, escalating tensions between the US and China on multiple fronts, frayed relationships among countries in the oil-producing cartel Opec, and widespread social unrest have posed additional challenges to the global economy, the report said.

Moreover, against a backdrop of low inflation and high debt – particularly in advanced economies – protracted weak aggregate demand could lead to further disinflation and debt service difficulties that would weigh further on activity in turn, the report added.

The IMF struck a note of caution over the forecast, however, saying there was uncertainty over the length of the pandemic, the extent of the lockdowns, unemployment rates and global supply chain reconfiguration, among other factors.