If you buy illegal plants or their by-products in China, you could be jailed for up to seven years. Buying endangered animals could result in life imprisonment or death.

But for someone found guilty of buying a trafficked woman or child , the maximum jail term is three years. And if the court rules that the buyer did not abuse the trafficked person or hinder rescue efforts, they may serve less time.

Last month, a video circulating online of a middle-aged woman in a brick hut , apparently kept there by her husband with a chain around her neck, caused outrage across the country.

The woman was found in Xuzhou, in the eastern province of Jiangsu, where authorities initially said the 1998 marriage was legal and that she had been diagnosed with a mental illness. They said the woman – who had eight children with the man who imprisoned her – was not a trafficking victim.

But after strong public pressure, her husband was later arrested and charged with false imprisonment, and two other people are facing human trafficking charges in relation to the case.

The video has prompted heated debate about child marriage, women’s rights and the protection of mentally ill people in China, with many experts arguing that stricter penalties for buyers would help to deter human trafficking.

The country’s decades-long one-child policy and a preference for boys has resulted in a massive gender imbalance in China, with millions of unmarried men seeking brides.

Some families, especially in rural areas, resort to buying often orphaned or impoverished girls and raising them as brides for their sons, even though child marriage was banned in 1950.

Huang Zhongliang, a professor at Tsinghua University’s Institute of Public Safety Research in Beijing, found in an analysis of over 1,000 legal documents from 2000 to 2017 that most traffickers were men with low education levels. Most of the buyers were single men who wanted to continue their family line, according to his 2019 study.

Huang found that the abducted women were mainly aged between 14 and 30, and a large proportion were mentally ill and foreign. He said there was a trend of trafficked women “migrating” from the southwest to the east-central region of China.

A search by the South China Morning Post on national law database China Judgments Online turned up around 1,700 documents related to the “crime of buying trafficked [women or children]” in the decade from 2011 to last year.

Those are the cases that made it to court, but many more were filed. In 2019 alone, some 4,571 cases of trafficking in women and children were filed nationwide, according to the China Statistical Yearbook . That was just 1 per cent of the criminal cases filed in 2019, and it was down 15.3 per cent from the previous year. It compares to spikes in 2000 and 2012, when as many as 20,000 human trafficking cases were filed per year.

No trafficking without demand

Under China’s criminal law, penalties for trafficking women and children range from five years in jail to life imprisonment or even death.

But unlike trafficking of illegal plants or animals, where buyers and sellers face the same punishment, the penalties are much more lenient for those who buy trafficked women and children than for those who sell.

A growing number of voices are calling for this to change – pointing out that there would not be any trafficking if there was no demand for it.

Luo Xiang, a prominent professor at the China University of Political Science and Law in Beijing, said the crimes of trafficking and buying humans were obviously related, but there was a “clear mismatch” in the maximum penalties of buyers and sellers.

“There is a serious crime and punishment imbalance,” he wrote in an article posted on his WeChat account this month.

When the criminal code was first enacted in 1979, it did not include any penalties for buyers of trafficked women and children.

They were only added in a 1997 amendment, which also stated that if a buyer had not abused a trafficked woman or child or prevented the victim from returning to their original home, the sentence could be reduced or they could be exempted from jail time.

A 2015 amendment to the criminal code removed the jail exemption for those that did not abuse a trafficking victim or hinder their rescue, stating instead that they would receive a “mitigated” sentence.

In an action plan released by China’s cabinet, the State Council, last year, authorities acknowledged the need to crack down on the “buyer’s market” for human trafficking and for a stronger community-based network to prevent such cases. However, so far there has been no change to the penalties for buyers.

One former child bride, Ma Panyan, made headlines a few years ago when she succeeded in divorcing the man she was sold to after 15 years.

The government of Wushan county, Ma’s hometown in southwestern Chongqing, acknowledged the exchange in a statement but said that only 4,000 yuan traded hands.

Ma said that the year she went to live with the man who bought her, Chen Xuesheng, she had called the police to report that he had raped her. A hospital examination found that her hymen was broken, but the investigation ended after her uncle told the police that she was legally married to Chen.

When she finally escaped and was granted a divorce in 2016, the local court refused to consider charges against Chen for raping her when she was 12 because the 10-year statute of limitations had expired.

The only person punished in relation to her case was a civil affairs official who had issued a marriage certificate without Ma’s presence when she was under 18 – the minimum legal age of marriage in China.

“I always feel that it’s not over, and I can’t start over until I get an explanation,” Ma said. “What I want is an apology from those who have hurt me.”

Huang Simin, a Wuhan-based lawyer who has handled such cases, said Ma’s situation showed the difficulty of bringing those responsible for trafficking to justice.

“The gender equality perspective is missing in the lawmaking process,” she said. “Women and children are not treated as individuals equal to men, and this was not taken into account when the crime was created, so penalties for buyers were not considered.”

Aside from the maximum three-year jail term for buying a trafficked woman or child, a buyer could also be punished for related criminal acts including rape, injury and false imprisonment.

“The act of rape, which is highly probable or even inevitable after the purchase, is already a felony with a very high statutory penalty,” Che Hao, a professor at Peking University Law School, said in an article last week. Che argued in the article, posted on China Law Review ’s WeChat account, that the penalty for buying trafficking victims did not need to be raised.

Wuhan lawyer Huang said lawmakers may think that a lighter punishment for purchase could encourage buyers not to hinder rescue efforts or abuse victims. But she said that in practice, this was just wishful thinking as buyers were rarely prosecuted for related crimes like rape and false imprisonment.

“Human trafficking is a complex process,” she said. “The act of buying itself is a violation of human dignity, and the abuse and rape that follows should not be separated from the act of buying.”

While legal scholars and professionals say raising the penalties for buyers could be part of the solution, most agree that it is not enough.

“Criminal law is the last resort of social governance and solves few, if any, problems,” said Luo, from the China University of Political Science and Law.

“It is an unrealistic fantasy to expect that the practice of buying humans can be eradicated by increasing the penalties.”

Shanghai-based lawyer Wang Fan, who has also handled human trafficking cases, said amending the law was important, but more so was finding and rescuing women and children who had been trafficked. 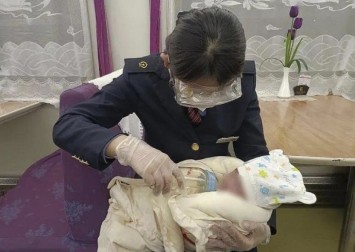 Wang said the penalty for buyers was not a deterrent, and that “even some relatives and friends of law enforcement officers have bought wives”. “So in those cases there is no incentive to conduct a thorough investigation and impose the punishment,” she said.

Huang in Wuhan agreed. “In the countryside especially, everyone lives in a patriarchal system,” she said. “Which law enforcement officers are going to be willing to offend their acquaintances or relatives or friends?”

She said human trafficking in China had its roots in traditional culture and customs, and in the objectification of women who are treated as commodities.

Huang recalled being told by a police officer not to get involved in a case involving a trafficked Southeast Asian woman – she said he appeared to be more concerned about the husband making a financial loss.

Human trafficking, especially of women and children, is still a serious global problem that no country has eliminated, according to Feng Yuan, a feminist activist and co-founder of the Beijing-based NGO Equality.

“As long as inequality exists and the state does not do enough to act, human trafficking will continue,” she said.

Penalties for buyers should be examined and it was important to strengthen law enforcement, to educate and raise awareness, and to support victims and their children, Feng said.

“We should also focus on government responsibilities in preventing and combating trafficking, and on rescuing victims, holding authorities accountable for their inaction, and providing victim-oriented support,” she said. “Focusing only on punishment is not the feminist way and it neglects the basics.”