A man pulls a girl to get inside Hamid Karzai International Airport in Kabul, Afghanistan on Aug 16, 2021.

China has called for an investigation into the killing of civilians by US-led forces in Afghanistan over the past two decades, demanding the United States reflect on its intervention in the Central Asian nation.

China’s deputy permanent representative to the United Nations Geng Shuang led the attack against Washington at a Security Council meeting on Monday (Aug 30), signalling that tensions between the two rivals will persist following the withdrawal from the war-torn country of US troops, and potentially hinder China-US cooperation.

Geng made his remarks ahead of the US announcement that its exit was complete, as the Security Council passed a resolution calling for the Taliban to facilitate safe passage for people wanting to leave Afghanistan, and to allow humanitarian access to the country, as well as to uphold human rights.

China and Russia abstained, with Russia saying the resolution failed to address terrorist organisations such as Islamic State and the East Turkestan Islamic Movement (ETIM), which Beijing has blamed for attacks in Xinjiang.

Geng said the chaos in Afghanistan was directly related to the hasty withdrawal of foreign troops.

“We hope that relevant countries will realise that withdrawal is not the end of responsibility, but the beginning of reflection and correction,” he said. 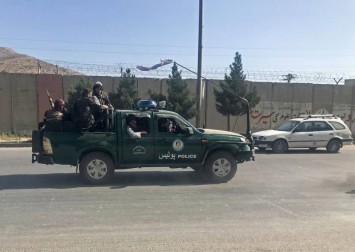 “The actions of foreign troops in Afghanistan in the past 20 years, including the criminal activities carried out by the United States and Australian forces for the indiscriminate killing of civilians, must not be wiped out and must continue to be investigated."

"The United States’ recent retaliatory attack on Islamic State caused casualties of innocent civilians. We call on the United States to refrain from indiscriminately bombing the civilian populated areas in Afghanistan.”

Geng’s criticisms came just hours before the US announcement that its military withdrawal had been completed, marking the end of a 20-year mission sparked by the September 11 terror attack.

Marine Corps General Frank McKenzie, head of US Central Command, said in a Pentagon news briefing that the last troops – sent to evacuate Americans and Afghans at risk following the Taliban’s return to power – flew from Hamid Karzai international airport on a C-17 transport plane.

Ross Wilson, the US chief envoy to Afghanistan, was also on the flight.

While the Taliban said the moment marked a “free and independent” Afghanistan, many have questioned whether the group will be able to stabilise the country while keeping terrorist outfits such as Isis from using the nation as a base, especially after it claimed responsibility for last week’s suicide bombings which killed 13 US military and 170 Afghans.

“This terrorist attack in Kabul once again proved that the war in Afghanistan did not achieve the goal of eliminating terrorist groups in Afghanistan. The hasty withdrawal of foreign troops is likely to have provided opportunities for various terrorist organisations to make a comeback,” Geng said.

“Afghanistan must never again become the birthplace for terrorism or the base for terrorists. This is the bottom line that Afghanistan must adhere to in any future political settlement. It is hoped that the Taliban will honestly fulfil their commitments and completely cut off ties with all terrorist organisations.”

Beijing was among the first in the international community to establish communications with the Taliban.

Weeks before the group’s return to Kabul, it was invited to send a high-level delegation to Tianjin for a meeting with Chinese Foreign Minister Wang Yi in July.

Beijing has not officially recognised the Taliban, but it has opposed imposing sanctions on the group and described the chaos in Afghanistan as a failure of US policies.

"These countries should be responsible for what they have done in the past 20 years, and fulfil their commitments towards the peaceful rebuilding of Afghanistan,” Geng said.

Chinese observers said China and the US could work together to support the Taliban and deter extremism in the militant group, but their differences over Xinjiang is a hurdle. 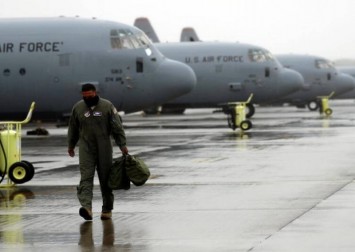 US criticized China for human rights violations in Xinjiang, and took out ETIM from its terror group list, triggering strong rebukes from Beijing.

Sun Xingjie, an international relations professor at Jilin University, said the reconstruction effort in Afghanistan required cooperation among the major nations, including China, the US and Russia.

“Cooperation is needed for tasks like cracking down on drug trafficking,” he said.

Song Luzheng, an international relations researcher at Shanghai’s Fudan University, said China’s stance would not affect its cooperation with the US on Afghanistan issues.

“The diplomatic criticism is only rhetoric targeting the domestic audience and the international community. When it comes to cooperation with the US, the key is China’s action, not its words. China can use helping the US ease the Afghan crisis as leverage for a return from the US,” he said.

“China hopes the US will invest more resources in Afghanistan so that it will have less energy to confront China."