China cancels coronavirus clinical trials due to shortage of patients

Workers in a laboratory in China examine specimens following an outbreak of the novel coronavirus.

China's efforts to find drug treatments for Covid-19 are being hampered by a lack of suitable candidates for clinical trials as the coronavirus outbreak has been gradually brought under control, one of the country's leading experts on respiratory diseases says.

Public records show that 45 trials were withdrawn or terminated ahead of a mid-April registration deadline set by Beijing for such research, and the most common reason for that was a lack of subjects, Zhong Nanshan, who heads a team advising the government on the health crisis, was quoted as saying by China Science Daily.

"Many studies were cancelled because no one expected that China would control the epidemic so quickly," he said. "Now there is no opportunity for large-scale clinical drug or treatment research in China."

Zhong said the first wave of the coronavirus epidemic had passed and efforts to contain the second wave were working well.

China reported 26 new infections on Thursday - 15 of them imported - taking the number of people still being treated to 1,081. A total of 82,367 cases have been recorded in the country since the outbreak was first identified in Wuhan at the end of December.

Two of the affected clinical trials involve the antiviral medication remdesivir, one of the first to be identified as having the potential to fight the coronavirus. 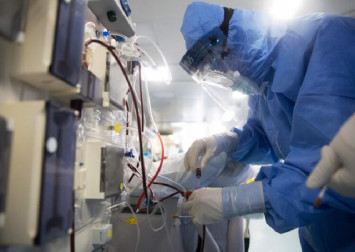 Researchers in Wuhan began trials of the drug - which is produced by US firm Gilead, originally as a treatment for Ebola - using two groups of people, one with mild to moderate symptoms and the other with more serious infections.

The reasons given were that Covid-19 was "under control" and there was now a lack of suitable test subjects.

Gilead said earlier it had been told that the study involving patients with severe symptoms had been stopped due a shortage of candidates, but said it still had five other trials under way in the United States and Europe, where the numbers of cases were still rising.

In an earlier report by the New England Journal of Medicine, the company said that 68 per cent of the 53 patients in the Chinese severe symptoms group had shown a clinical improvement after being given remdesivir.

A recent report by the Chinese Communist Party mouthpiece People's Daily quoted Huang Wenxiang, head of the infectious diseases department at the First Affiliated Hospital of Chongqing Medical University, as saying that a clinical trial to see how hydroxychloroquine sulphate might be used to treat coronary pneumonia was withdrawn in March "due to insufficient test samples". 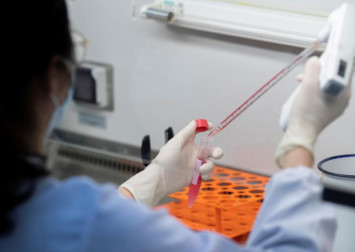 In February, 12 medical experts published an open letter in the Chinese Journal of Epidemiology saying that clinical trials had to be carried out in an orderly manner as the high number of tests was leading to a shortage of suitable volunteers.

The scarcity of candidates would lead to insufficient sample sizes and a lack of high-quality data on the efficacy and safety of the trials, they said.

Since the coronavirus outbreak began, about 580 related clinical trials have been registered in China. Despite the cancellations, such a high number was evidence of the country's determination to investigate possible treatments and remedies for Covid-19, and to report on their findings, Zhong said.

"Do not disregard those nearly 600 clinical trials," he said.

"It's good [for scientists] to sum up their experiences and publish papers, especially when we do not know what drugs might be effective [in fighting Covid-19]. It's right to do lots of clinical observation and research."

The high level of enthusiasm for research was in stark contrast to the situation 18 years ago when China was battling the SARS (severe acute respiratory syndrome) epidemic, he said.

At that time, people were focused on finding a treatment, not writing about their experiences, Zhong said, adding that he published only three papers on the subject himself.