China's population on the mainland reached 1,411,78 billion, according to the National Bureau of Statistics. There were 34.9 million more males than females in 2020, further compounding fears about the millions of men who want to marry but may never be able to.

China faces a growing problem of far more young men than women, according to the National Bureau of Statistics (NBS).

Last week, China released the results of its seventh national population census conducted at the end of last year.

There were 34.9 million more males than females in 2020, prompting concerns that not all these males would be able to find a marriage partner. Unmarried men and those unlikely to find a wife are known in China as "bare branches".

The shortage of women shown in the census stirred worries that men in China would face greater pressure in marriage.

"There are 30 million more men in the entire population but they belong to different age groups," NBS spokesman Fu Linghui said.

"It is a real concern that there are more males than females among the youth. 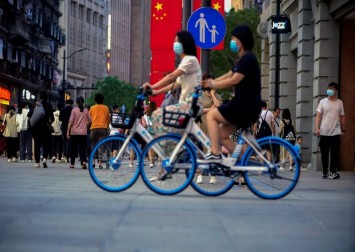 "But we should also realise that marriage is affected by factors apart from age, including one's personal values, level of education, place of residence."

The pressure to get married had been prevalent in the mainland and was likely to weigh on both sexes, said Bjoern Alpermann, a professor of contemporary Chinese studies at the Julius-Maximilians University of W&uuml;rzburg in Germany.

"In China, everyone is expected to marry. There are just not enough women to go around for everyone. It is just that we now have a more precise idea of what the shortfall of women at that age might be," Alpermann said.

Societal pressures to get married could also marginalise less educated, rural men, or put the squeeze on young women to marry and have children, he added.

The level of educational attainment heavily influenced a person's willingness to marry, Alpermann said. "Higher education postpones the age of first marriage. It also increases the share of people who do not marry at all. That could lead to additional men who are unable to find a spouse."

Demographers tracing the implications of the one-child policy implemented in 1979 have forecast the surplus of marriageable males in China for at least three decades. The one-child policy was withdrawn in 2016 to allow couples to have two children.

Based on past birth numbers and sex ratios at birth, it was estimated that China had about 30 to 40 million more boys born in the past three decades than girls, said Jiang Quanbao, a demography professor at Xian Jiaotong University.

Such estimates are not in conflict with the bureau's released figures of 17.52 million males - Jiang said this number only included those aged 20 to 40 in last year's census.

"[17 million] is still a lot of people. These men will have to think of new strategies to develop relationships and have a meaningful love and sex life outside of marriage," said Stuart Gietel-Basten, a professor of social science and public policy at Hong Kong University of Science of Technology. 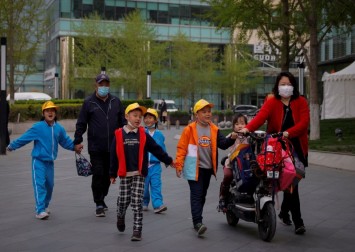 "The second challenge will be that when these men age or get sick, it will be harder for them to have a good retirement," he said.

The NBS said the marriage outlook should be viewed from multiple perspectives.

"In China, the sex ratio at birth is gradually decreasing, following the implementation of the two-child policy and as economic and social developments bring a change in mindset about childbearing," Fu said.

Jiang said China would follow the trajectory of South Korea and Taiwan - countries that experienced skewed ratios favouring boys from the 1980s through the early 2010s - of attaining a more equal sex ratio at birth figure.

"Modernisation and the improvement of women's social status and educational attainment have changed gender ideologies in China, reducing [attitudes of] preferring a son," Jiang said.