China is exploring the option of mixing different Covid-19 vaccines as a solution to the relatively low efficacy of its existing jabs, the head of the country’s Centre for Disease Control and Prevention has said.

Gao Fu told a conference in Chengdu on Saturday that the country was examining two routes “to solve the problem that the efficacy of its existing vaccines is not high”.

One option is to adjust the dosage, the interval between doses or increase the number of doses. The second route is to mix vaccines that use different technologies.

At present China does not recommend mixing different vaccines.

Health experts generally agree that the mixing different Covid-19 vaccines should be safe, and clinical trials are being held in Britain and other countries to see if that would yield better protection.

Gao also said China was considering when to reopen its borders, and whether to keep measures such as mandatory mask wearing and testing in place after that.

It is also stepping up research on vaccines that can counter new variants of the disease.

It was the first time a top Chinese scientist has publicly discussed the relatively low efficacy of Chinese vaccines.

Tao Lina, a Shanghai-based vaccine expert who was present at the conference, said Gao was comparing inactivated vaccines, which use dead material from the virus to trigger the immune system, and those that use a vector with the mRNA vaccines that use advanced genetic techniques.

Tao said it was possible that those receiving two doses of an inactivated vaccine might be advised to take a third jab from a different vaccine.

Read Also
Why don't they inject into your butt? We ask a GP all our burning questions about the Covid-19 vaccine 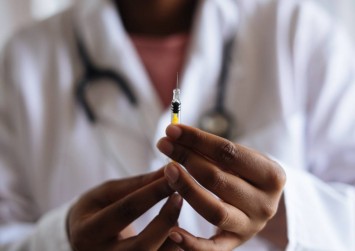 “However, vaccination should be carried on at full speed. We should not wait till a perfect vaccine is available,” Tao said, adding the theme of the conference was to encourage vaccination to protect the country.

Gao said more attention should be given to developing mRNA vaccines, saying the technology provided an opportunity for breakthroughs in treating all kinds of illnesses such as infectious diseases, HIV/AIDS, cancer and genetic diseases.

While the two mRNA vaccines developed by Pfizer/BioNtech and Moderna had astonishing efficacy rates of about 95 per cent in late-stage clinical trials, all the other Covid-19 vaccines are lagging far behind.

Three Chinese inactivated vaccines are currently available, including one made by Sinovac, which has provided more data than the other Chinese drug makers.

Its vaccines had an efficacy rate of 50.4 per cent in trials in Brazil, and 83.5 per cent from separate trials in Turkey.

There is also data about how it is faring in a real-world setting.

Preliminary findings from a large-scale study in Brazil showed it was about 50 per cent effective in Manaus, a city in the Amazon region where three-fourths of new cases were caused by the highly transmissible P1 variant, according to Science magazine. Similar results were also found in a study in Chile.

Sinopharm says its two inactivated vaccines have efficacy rates of 79 per cent and 72.5 respectively, while CanSino says its product has an efficacy rate of 75 per cent. No details were given by the companies.