Anti-corruption enforcers in China have caught their highest ranking "tiger" - as crooked senior officials are known - so far this year, with the arrest of a former Communist Party chief in the scandal-ridden northwest province of Shaanxi.

Zhao Zhengyong - who served as governor and then provincial party head of the resource-rich province until March 2016 - is accused of serious violations in law and discipline, a euphemism for corruption.

His arrest was announced in a one-sentence statement by enforcement agency the Central Commission for Discipline Inspection (CCDI) on Monday.

No details were provided of the investigation into Zhao but observers said it was clear his arrest was related to the string of corruption scandals which has so far claimed eight senior Shaanxi officials since President Xi Jinping - who was born in the province - launched his anti-corruption campaign in 2012. 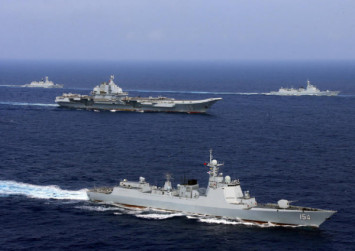 Zhao's arrest was foreshadowed on Wednesday night last week, when China's state broadcaster aired a documentary on corruption in Shaanxi, with many current and former officials repenting and reflecting on their ignorance of failing to act on six sets of instructions from Xi - the first in 2014 to act on hundreds of illegal luxury villas built in the province's Qingling National Reserve.

The programme repeatedly criticised the "main leader" of the provincial party committee "at the time" without naming Zhao, who was also not featured in the broadcast.

Until his detention, Zhao was deputy chairman of the Internal and Judicial Affairs Committee under China's parliament, the National People's Congress.

He served as governor of Shaanxi from 2011 and 2012 before his promotion to provincial party chief.

One source with direct knowledge of Shaanxi's political situation said Zhao's downfall was very likely connected with the case of Wei Minzhou, who was sentenced to life imprisonment in November last year for accepting bribes of 109 million yuan (S$22 million).

Wei, former chief of Shaanxi's capital city Xian until the end of 2016, was known to be a close ally of Zhao's.

Shaanxi has been in the spotlight for numerous scandals which coincided with Zhao's period as party chief, which ran from December 2012 to March 2016.

The most recent disgrace in Shaanxi came to light in December last year when it was revealed the country's highest court had mysteriously lost documents crucial to a billion-dollar mine dispute in the province.

China's highest legal authority, the Central Political and Legal Affairs Commission, took the rare step in January of setting up a top-level team to investigate the disappearance of legal documents from the Supreme People's Court.

Alfred Wu, an associate professor at the National University of Singapore's Lee Kuan Yew School of Public Policy, said he expected more repercussions in the wake of Zhao's downfall.

"As the hometown of Xi, Shaanxi has won many big projects for economic developments, including the only free-trade zone in northwest China," he said.

"But the rampant corruption among the officials will hinder the implementation of these ambitious plans."

Wang Jiangyu, an associate law professor at the National University of Singapore, said serious violations of law were obvious in the Shaanxi scandals which had happened during Zhao's reign and were part of a culture in the region.

Officials, he said, had become ruthless "chieftains" over their provinces, where the rule of law was very much ignored.

Wang said that, along with Zhao's arrest in Shaanxi, the northwestern region had seen a massive anti-corruption crackdown in neighbouring Shanxi province, as well as the downfall of nearby Gansu province's party chief Wang Sanyun.

Zhao's downfall came two days after the third plenary session of the CCDI, when the anti-corruption body said it would target criminal behaviour among grass-roots governments, among other priorities, in 2019.

The CCDI's official newspaper, Inspection and Supervision Daily, said Zhao's downfall demonstrated the "rock-solid determination" of the party's Central Committee, led by Xi, to solidify the results of the anti-corruption campaign.