A mainland spokeswoman on Wednesday said the recent crackdown targeting the infiltration and sabotage activities by the Democratic Progressive Party in Taiwan and its spy intelligence agencies against the mainland aims to safeguard the country's security.

"It's to protect the normal order of cross-Straits exchanges and the legitimate rights and interests of compatriots on both sides of the Taiwan Straits," said Zhu Fenglian, spokeswoman for the Taiwan Affairs Office of the State Council.

In a special operation known as "Xunlei-2020", mainland security authorities recently cracked down on several hundred Taiwan-related espionage cases and arrested a group of Taiwan residents suspected of spying.

Lee Meng-chu, director of the Taiwan United Nations Alliance, a "Taiwan independence" organisation, was investigated for allegedly endangering national security by engaging in espionage work and intervening in Hong Kong affairs, according to a recent report by China Central Television.

Lee was put under control last year by mainland security authorities after he was suspected of illegally filming military exercises in Shenzhen, Guangdong province, on the border of Hong Kong, where protests were being held last year.

In another case involving Taiwan separatist espionage activities, Cheng Yu-chin, a Taiwan scholar, established a think tank in the Czech Republic and used academic exchanges as a cover to spy on the Chinese mainland and gather intelligence.

"The released cases have clear facts and conclusive evidence," Zhu said, adding that Taiwan's spy and intelligence agencies have long targeted the mainland, carrying out information theft and infiltration activities.

Judicial organs on the mainland will deal with the cases in accordance with the law and protect the litigation rights of the suspects. 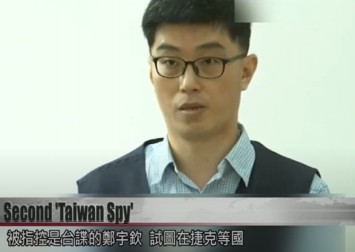 Investigation authorities have informed the families of the people involved in the cases and have hired lawyers for them, according to Zhu.

Zhu said the authorities of the DPP, Taiwan's ruling party, have stepped up ties with foreign anti-China forces to make frequent trouble.

They have engaged in separatist activities for "Taiwan independence", which has seriously harmed peace and stability across the Straits as well as the country's sovereignty, security and development interests, she said.

Responding to the recent planned sales of advanced weaponry to Taiwan by the United States, Zhu said, "It will only bring suffering to the people of Taiwan."

She called on island authorities to follow the historical trend of cross-Straits reunification and refrain from doing things that harm the overall interests of the Chinese nation.

Only by returning to the political foundation of the 1992 Consensus, which acknowledges the one-China principle, can the two sides resume dialogue and consultation and improve cross-Straits relations, she added.