In China, debate on what women wear challenges gender norms

When Li Xiang broke up with her boyfriend over a selfie she posted on social media, it was not just about a woman letting a man know he wasn't entitled to tell her how to dress in public, but a matter of personal freedom, social norms and cultural tradition.

A few weeks ago, the 24-year-old media worker from Shanghai shared a photo on WeChat that showed her posing at her bedroom door in a camisole and mini shorts. Her boyfriend said it made him very "uncomfortable", and they quarrelled.

"'Look how scantily clad you are, and [if] that is not enough, you shared it online,' he said," Li recalled.

"I got mad when he said, 'You should go and ask other men if they'd like their girlfriends to dress like that', as if he should decide what I wear - as if I were his appendage," she said, referring to the archaic notion that a woman is secondary to a man in their relationship.

Their argument was not unusual in China, especially over the past month when the online world became embroiled in a war of words about women's freedom to dress as they please.

The controversy erupted when an article defending Reyizha Alimjan - the Kazakh actress criticised for showing too much flesh when she arrived at an airport in Shanghai in late July wearing jeans and a camisole - appeared on a WeChat movie review account called Staff of the 3rd Hall on August 12. 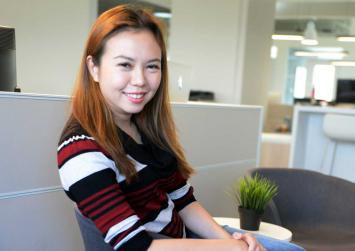 While that perspective was supported by many women online, others disagreed and said that society was open and tolerant but that people had the right to disagree.

By coincidence, a poll about women wearing camisoles in public was launched on August 10 by a WeChat account called Cicada Creativity. About 70 of the nearly 14,000 respondents said they did not dare to do so.

More than 40 per cent avoided doing so for reasons such as thinking they were "not thin enough", but a quarter said they said no because either their boyfriends disapproved or would not allow it, or they feared they would be harassed.

Joy Lin, a feminist from Shanghai, said the debate was so fierce because it was not just about dress.

"It's more about people's judgment about one's character and morals behind what she wears," Lin said. "If you wear revealing clothes, they would say you are asking for harassment. If you show a little skin, you are frigid. And if you are casual, they call you 'dama' [Chinese slang, often derogatory, for middle-aged and elderly women]."

In her experience, Lin said that if she appeared on the streets of Shanghai - the most cosmopolitan city in China - without a bra, there would be judgmental looks from passers-by before she had walked 10 metres (33 feet).

In contrast, she did just that in Paris in July, and, "no one stared at me or came near me at all".

"Usually, when it comes to comments about what we wear, they're not about whether the dress matches the hairstyle or things like that, but about our bodies, whether we're slim or not and stuff like that," she said. "Some [comments] can be very malicious and insulting."

While shaming women for their clothing choices has been an issue for many years, it reached peak public awareness in China after the #MeToo movement took off in the US. The social media campaign went viral in 2017 when dozens of women accused American film producer Harvey Weinstein of sexual assaults over a period of nearly 30 years. 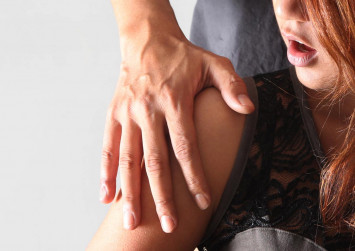 Lu Peng, a researcher from the Shanghai Academy of Social Sciences, said the online debate helped encapsulate conflicts between a growing desire for freedom, gender norms and generations of tradition.

"There will hardly be a consensus on such a question about whether women have the freedom to dress," he said. "But if this discussion can make people realise that men, not just women, also face restrictions in dressing, then it's bringing progress."

The simplest example was to dress for the occasion, which applies to both sexes.

"We have never been free in dressing. We're only free within a certain extent … About what to wear in public, I don't think we should emphasise freedom only and ignore the local culture and society," Lu said.

In China, there is no law banning states of dress or undress in public, nor do the Han people, who make up most of the population, have religious beliefs that restrict their mode of dress. But keeping a low profile and avoiding unwanted attention has long been part of the Chinese philosophy.

"My father will also ask me not to be 'overexposed', because he believes it's increasing the risk of being harassed," Li, the Shanghai media worker, said.

"They think they mean well, but I just want to be myself. I'm not breaking any law. I want to make my own contribution in changing this culture," she said.