China demands influencers to have qualifications to talk law, medicine

China has issued a new regulation on the live-streaming industry that lists 31 banned behaviours, raising the bar for influencers to talk about certain topics, in the government's latest effort to regulate the booming digital economy.

The 18-point guideline, published by the National Radio and Television Administration and the Ministry of Culture and Tourism on Wednesday (June 22), requires influencers to have relevant qualifications to discuss some topics, such as law, finance, medicine and education, although authorities did not specify the qualifications needed.

The 31 banned behaviours during live-streaming sessions include publishing content that weakens or distorts the leadership of the Chinese Communist Party, the socialist system of the country's reforms and opening-up.

Other prohibited behaviours include using deepfake technologies to tamper with the images of party or state leaders, and deliberately "hyping up" sensitive issues and attracting public attention.

Live-streamers are also forbidden from showing an extravagant lifestyle, such as displaying luxury products and cash, the guideline said.

The new regulation comes as the live-streaming e-commerce industry is undergoing rapid changes amid tightened scrutiny and economic headwinds.

Some of the most popular live-streamers on Taobao Live, Alibaba Group Holding's live-streaming e-commerce platform, have fallen from grace for various reasons, leaving brands scrambling to look for new ways to market their products. Alibaba owns the South China Morning Post. 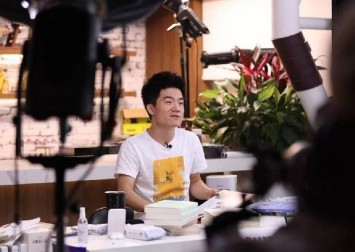 Austin Li Jiaqi, known as China's "lipstick king" for once selling 15,000 tubes of lipstick in just five minutes, abruptly ended a live-streaming session on June 3, after he reportedly displayed a tank-shaped ice cream. The tank image is a frequent target of Chinese censors due to its association with the deadly Tiananmen Square crackdown by China's military against pro-democracy protesters in Beijing on June 4, 1989.

Huang Wei, widely known as Viya, was fined a record 1.3 billion yuan (S$269 million) for tax evasion late last year and has since disappeared from public view. This came after Zhu Chenhui and Lin Shanshan, two top influencers who were each fined tens of millions of yuan in November for tax evasion, also saw their social media accounts and e-commerce shops vanish.

Wednesday's new guidelines stress that live-streamers should declare their income honestly and fulfil their tax obligations in accordance with the law.

The rules also direct platforms to refrain from giving public figures who have violated the law or shown "no ethics", the opportunity to express their opinions publicly, hold performances, create a new account or switch to another platform.