In a handout photo, a design website in China has questioned similarities between the winning Dalian logo (left) and the Disney brand.

The winner of a logo competition aimed at promoting tourism in the northern Chinese city of Dalian, Liaoning province, has been accused of ripping off Disney's distinctive font.

The city's Bureau of Culture and Tourism published the winning design of its "Dalian has quality gifts" competition on December 11 but specialists were soon picking it apart, accusing the winner of using a combination of other designs, including the lettering - loosely based on founder Walt Disney's signature - of the global entertainment company's logo.

The bureau said on Tuesday it was aware of the plagiarism accusation and was conducting an investigation.

"The investigation is currently under way and the results will be announced as soon as possible," the statement said, adding that competition entrants were required to guarantee the intellectual property rights of their works.

"Works violating others' intellectual property rights, once verified, will be disqualified from the competition and their rewards will be recovered," the statement said, referring to the 30,000 yuan (S$5,800) prize money.

The winning design, by Su Zhanying from Dalian Yinji Tourism Culture Development Company, features a lighthouse above stylised blue water, accompanied by the word "Dalian" in Pinyin and Chinese characters.

In its announcement of the winner, Dalian city government said the design, called City Logo of Dalian, combined "the Chinese and English fonts with the city's visual symbols and names into one" and reflected "the characteristics of the city … in a few simple strokes".

Logonews.cn, a Chinese website dedicated to logo designs, questioned the originality of the winning work on Monday in a posting on microblogging platform Weibo.

"At first glance I felt the logo was all right, except the image was too complicated with too many colours, but then I found something very similar when I checked the font … Isn't it the same font of the Disney logo?" 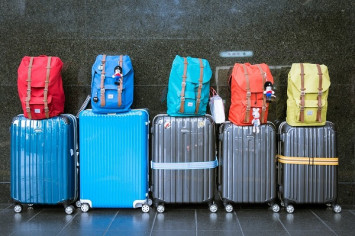 The Logonews.cn post went on to say that a comparison with the Disney logo found the winning design appeared to have copied the letters from the Disney logo and "even the graphic part is suspected of taking other references" - pointing to the similarity of the circle around the lighthouse to the line traced by a star in the animated version of the Disney logo.

"With so much copying, how dare the designer sign his name?" the posting ended.

The controversy deepened on Tuesday when calligrapher Ye Genyou took to Weibo to say that the Chinese characters used in the Dalian city logo were from his own Xing style and the designer was not authorised to use them.

Other internet users soon found similarities with other existing designs, claiming the lighthouse image looked only slightly different from one designed by a Philippines online artist known as "blueii" called The Brisbane Pathway.

The stylised blue water was also said to be very similar to the city logo of Lianshui county in Jiangsu province.