A relative of a passenger who died on China Eastern Airlines flight 5735 on March 21 has demanded an explanation from the carrier if it is proved that black box data suggested that the plane was intentionally sent on a nosedive.

The Wall Street Journal reported on Tuesday (May 17) that the flight controls of the Boeing 737-800 had pushed the plane into a dive, citing people familiar with US officials' early assessment of the cause of the crash.

All 123 passengers and nine crew died in the flight from Kunming to Guangzhou in southern China after the plane dived from a cruising altitude of 8,900 metres (29,199 feet) and disintegrated after ramming into a hill, according to the Civil Aviation Administration of China's (CAAC) summary of the preliminary investigation report released 30 days after the crash.

The aviation disaster, the deadliest in China since 1994, shocked the country, which has one of the safest flying records. In February, the CAAC had achieved more than 100 million straight hours of safe flying by Chinese carriers - a world record.

Investigators at the US National Transport Safety Board (NTSB) have helped the CAAC, which is leading the investigation, to download information from the cockpit voice recorder and the flight data recorder at its lab in Washington.

"If [the report] is true, it's so terrible," said a man surnamed Ouyang, the uncle of an 18-year-old university student from Guangzhou who died in the flight. He spoke on the politically sensitive crash without providing a full name.

"China Eastern Airlines must give us a clear explanation," Ouyang said.

The Wall Street Journal said information from the flight data recorder, one of the two black boxes that records information about the plane's flight path and the status of its systems, showed the plane was acting as directed by the cockpit controls. 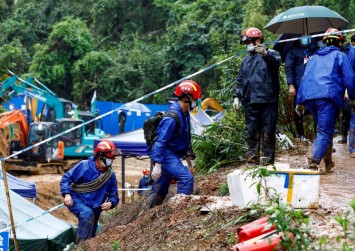 The person familiar with the investigation cited by the newspaper said it was possible someone had broken into the cockpit and crashed the plane deliberately.

The South China Morning Post could not independently verify the claims. Multiple phone calls to both the CAAC and China Eastern were not picked up.

The CAAC told state media the Global Times that the NTSB had not released information on the probe to any media outlet, citing an investigator involved with the crash.

Air traffic control called the crew but did not receive a response following a radar warning that the plane was not travelling on its assigned path.