China floods: Why did death toll rise so sharply after 3 weeks?

Floral tributes to those who lost their lives when Zhengzhou's subway system became inundated with water.

The process of counting the death toll from last month’s catastrophic flooding in central China has been delayed by bureaucracy and the slow pace of recovery, a flood management specialist has said.

Professor Yin Jie was speaking after provincial authorities in Henan province announced a three-fold jump in the official death toll from 99 last Thursday (July 29) to 302.

Yin, from East China Normal University’s school of geographic science, suggested the death toll was likely to continue to rise over the coming weeks and even months, especially in rural areas that are only beginning to recover “from the aftermath of black swan floods”.

So far, 292 people have been confirmed dead in the provincial capital of Zhengzhou after the area was hit by extreme torrential rains which started on July 17.

Another seven deaths were reported in Xinxiang, two in Pingdingshan and one in Luohe. A further 50 people, including 47 from Zhengzhou, were still missing as of Monday.

The sudden increase in the official death toll nearly three weeks after Zhengzhou was flooded has raised concern about a possible cover-up.

Further questions have been raised by the fact that only seven deaths have been reported in villages near Xinxiang city, even though many rural areas were inundated by muddy floodwaters.

The State Council, China’s cabinet, announced on Monday that it would send an investigative task force to the province to look into the disaster.

This includes a panel of technical experts to “scientifically evaluate the catastrophe”, make recommendations and hold officials accountable if they were found to be at fault.

The flash floods in Zhengzhou last month were both sudden and unprecedented. About 617mm (24 inches) of rain, roughly a year’s worth, was recorded over three days .

The disastrous floods that first hit Zhengzhou on July 2 and spilled over to other parts of the province, including Xinxiang, were described as the worst in records.

Yin, who specialises in flood warning, risk assessment and emergency response, described the floods as “the most extreme of all extremes”.

He said he had not been shocked by the sudden spike in the death toll, and said it was possible more rural deaths would be reported.

Read Also
‘We were lucky the dam didn’t give way’: How central China floods exposed risk of worse disaster 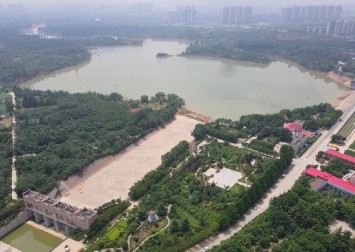 “Zhengzhou’s statistics are relatively more detailed and accurate because the city is now basically back to normal but Xinxiang is still counting its losses, with many places still drenched in silt and mud.

“ Even the figures that are being released by the officials this week remain preliminary,” said Yin, who has knowledge of the frontline flood response in Henan.

“These figures are not final and will undergo updates. There are duplications and missing reports as many places are yet to recover from the aftermath of the catastrophe and efforts are still focused on rescue than accounting [for deaths],” Yin said.

He said it was unlikely that there was a “deliberate cover-up”.

“The figures were captured and reported by the grass roots authorities at the village level and gradually relayed upwards. Many [of these officials] are not equipped with sound statistical knowledge so there are bound to be duplications and miscounts,” he said.

Yin explained that most deaths had been reported because the floods had been intense and the densely populated city “was also the first to be hit”. He said the floods had moved on to Xinxiang a day or two later, but it had “more time to prepare after witnessing what happened to Zhengzhou”.

“This is one of those black swan floods, so extreme that it could never be foreseen or prepared. It’s not just a problem faced by highly urbanised Chinese cities but the rest of the world as extreme climate conditions intensify,” Yin said.