China hits out at 'absurd' claims about military capacity

China has described a Pentagon report that accused it of using forced technology transfers to bolster its military capabilities as "extremely unprofessional and absurd".

Foreign ministry spokeswoman Hua Chunying made the comments after the publication of the report by the US Defence Intelligence Agency on Tuesday, but did not specify which aspects of the report she was referring to.

The 140-page report, published by the external intelligence service of the US government, stated: "[Chinese] laws forced foreign partners of Chinese-based joint ventures to release their technology in exchange for entry into China's lucrative market, and China has used other means to secure needed technology and expertise."

The report added that this had brought the People's Liberation Army to the verge of fielding some of the most modern weapon systems in the world, adding: "In some areas, it already leads the world."

Read Also
China's new antenna is five times the size of New York City, but some fear it could be a cancer risk 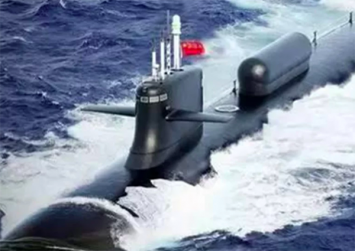 These accusations came amid increasing US-China tensions on both the military and economic fronts.

But Hua said: "The report disregards facts and [displays] a cold-war and zero-sum mentality. The report speculates on China's path, strategic intention and defence-building.

"We hope the US military can view China's growing military rationally and objectively and maintain the overall situation of military and bilateral relations."

Meanwhile, Chinese military experts said it was too early to say China had exceeded other countries in some aspects of military technology and dismissed the notion that China had used foreign technology in its military development.

Song Zhongping, a Hong Kong-based military commentator who is also a former member of the PLA's Second Artillery Corps, said it was not possible to force other countries, especially America, to give up military technology.

"Since 1999, the United States has imposed very strict bans on exporting their aviation, aerospace or satellite [technology] to China," he said.

"It would be impossible to acquire this high-end technology, including those that have been used for both civilian and military purposes. China's military development in military has therefore been mostly self-reliant.

"We are still lagging behind the US in some aspects, and we are not afraid to admit that."

But Song noted that China's development of hypersonic aircraft was at least on par with US technology.

He added that in fields such as railguns - a type of high-velocity launch system - satellites and aerospace development, the country had also made big leaps but still lagged behind the US.

Zhou Chenming, a Beijing-based military commentator, said he believed that in at last one area - area denial weapons - China had surpassed the US.

"But overall, the main audience for this report is not the public, it is the [US] Congress. If they still claim to be ahead of the world, their Congress will not pass the budget needed for weapon development," Zhou said.

"However, it is rare for the US to admit that China has caught up with them in military aspects, this could signal a significant change of attitude in the longer run."