China to include symptom-free coronavirus carriers in national figures

Some carriers who show no symptoms can still infect others.

China will include asymptomatic coronavirus carriers in its daily figures from Wednesday, its National Health Commission said on Tuesday.

Officials said the new measures would help to address growing public concerns about the risks of infection with Covid-19, the disease caused by the virus, brought about by these silent carriers.

The commission added that it already required local health workers to report these cases through the central communicable disease report system.

The commission also revealed for the first time that as of Monday, there were 1,541 asymptomatic carriers under medical observation in mainland China, including 205 imported cases.

That compared with 2,161 Covid-19 patients who are still hospitalised and another 183 suspected cases.

The announcement follows Monday's meeting of the central government's Covid-19 leading group chaired by Premier Li Keqiang, who instructed officials to be more proactive in investigating the extent of these silent carriers.

Classified Chinese government data previously seen by the South China Morning Post suggested that the proportion of silent carriers could be as high as one-third of those who test positive.

The data suggested that by the end of February more than 43,000 people in mainland China had tested positive for the coronavirus but had no immediate symptoms. They were not included in the official tally of confirmed cases.

Chang Jile, director of the commission's Disease Prevention and Control Bureau, said on Tuesday that the government would step up screening and investigation of asymptomatic cases.

"With effect from April 1, we will include reports of asymptomatic cases, any status change and how they are being handled, as part of our daily outbreak updates to address public concern," Chang said.

"We will strengthen our work in monitoring, surveillance, quarantine and the treatment of asymptomatic carriers, and do sampling in key areas to investigate and analyse these carriers."

Both symptom-free carriers and their close contacts would be placed under 14-day quarantine, he added.

Read Also
Chinese experts: Carriers with no symptoms a concern 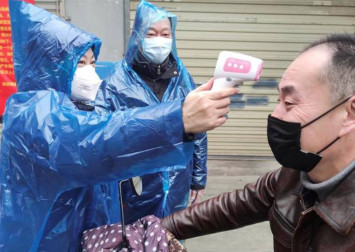 In a statement on its website, the commission confirmed that asymptomatic patients could be infectious.

Without giving exact figures, the statement said there were instances in which close contacts of the silent carriers had become ill with Covid-19, in some cases resulting in a cluster of infections.

"There are a small number of asymptomatic carriers whose respiratory tract swabs indicated a viral load that was no different from that of confirmed patients," the commission said. "But some specialists said the asymptomatic carriers may be less infectious because they don't cough or sneeze."

Officials and medical experts have said that droplets are a key transmission route for the coronavirus that has infected more than half a million and killed almost 40,000 people around the world.

According to commission guidelines, asymptomatic carriers are people without identifiable clinical symptoms such as fever or a cough but who test positive for the new coronavirus.

Some develop symptoms later while others remain symptom-free after 14 days of observation.

Chinese hospitals and clinics have had to report asymptomatic cases to local centres for disease prevention and control within two hours of detection. Local CDCs then must investigate close contacts and report to the central surveillance system for communicable diseases within 24 hours.

But until now the government has not published numbers for these carriers.

Separate research by Chinese doctors has found that roughly 60 per cent of people who contracted the disease in the central city of Wuhan were asymptomatic or very mild cases that were not reported to the authorities. 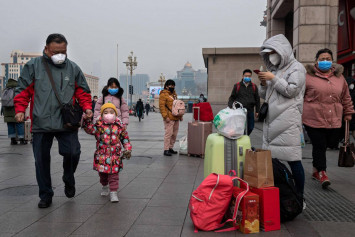 The doctors, whose paper was published on the medRxiv preprint platform early this month, based their estimates on about 26,000 laboratory-confirmed cases recorded in the city, the first epicentre of the outbreak, between December and February.

The researchers used lab tests as the basis of their assessment rather than Chinese government data because the authorities used symptomatic manifestations and abnormal lung scans to classify patients.

Ben Cowling, professor and head of epidemiology and biostatistics at the University of Hong Kong, said there was still ambiguity about the definition of asymptomatic cases, including what happened if a person later developed symptoms.

Cowling also said it was important to monitor and test close contacts regardless of whether they had symptoms.

"Monitoring of the close contacts can give us a very good idea of the spectrum of clinical severity of infections," he said.