Parents of five children claim they were told a protein drink was suitable for their young children.

Authorities in the central Chinese province of Hunan are investigating a baby products shop after at least five infants developed swollen heads allegedly from drinking fake milk formula sold by the store.

Officials in Yongxing county, Chenzhou, are investigating the alleged sale of a protein drink known as Bei An Min passed off as milk formula at an outlet of the chain Love Baby’s Workshop, according to news site Thepaper.cn.

The parents of five children alerted the county’s market supervision authority that their babies developed eczema, lost weight dramatically and developed a swollen head after having the drink.

The children would also slap themselves on the head repeatedly and were all diagnosed with rickets, the site reported on Wednesday.

The report did not say how old the children were.

According to Hunan TV, which first reported the cases on Monday, parents went to the store to buy an amino acid-based milk powder for their babies who were allergic to regular formula.

Shop staff recommended Bei An Min, saying it was the best formula in the store and had been fed to many infants with allergies.

One of the parents, identified only by her surname Zhu, said the product was labelled as a protein drink but the shop assistants said that was just another name for baby milk formula.

“When I bought it, no one told me it was just a regular drink. They all said it was milk formula,” Zhu was quoted as saying.

It was not clear how long the babies had been fed the powder but all were underweight, were stunted and had a vitamin D deficiency, according to the report.

One mother wrote on news app Toutiao that she fed her baby the powder for six months before a doctor advised her to switch brands. 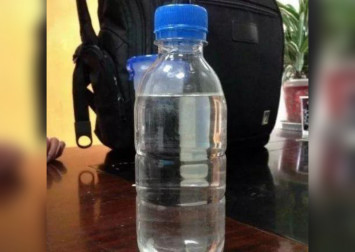 “Six months went on, I found my baby didn’t grow and couldn’t walk at the age of 18 months,” she wrote.

“Now I realise that my baby drank fake baby milk formula … I worry that there will be health problems in the future.”

The county market authority said it would organise free health checks and medical treatment for all affected children, Thepaper.cn reported.

No doctors of medical institutions had been implicated in the alleged sales.

The store bought 47 tins of the protein drink from Changsha-based Hunan Waverock Health Products and sold them all by October of last year, according to news site Jiemian.com. A Waverock employee was quoted as saying that the product was marked clearly and the company did not falsely advertise the product.

The cases come 12 years after a milk scandal in which six babies died and about 300,000 were sickened by drinking formula laced with melamine, a toxic chemical used to make plastics.

And in 2003, in Fuyang, Anhui province, 13 babies died and 171 required medical treatment after being fed substandard formula.