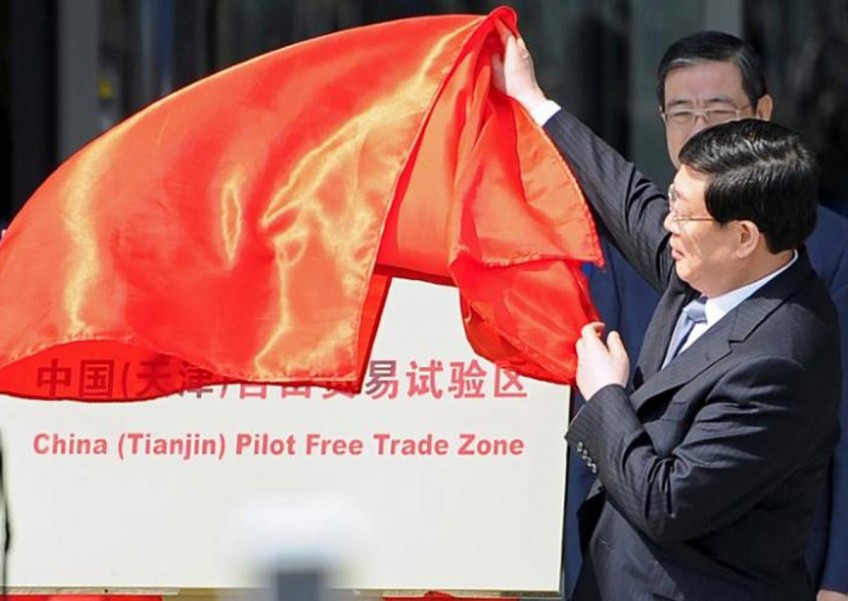 Huang Xingguo (R) was placed under investigation for corruption, in September 2016, while he was acting party chief for the city. He became mayor in 2008.
Reuters

BEIJING  - China on Monday jailed former Tianjin mayor Huang Xingguo for 12 years, after he took more than 40 million yuan ($6 million) in bribes to push through promotions and land approvals, a court in the northern province of Hebei said.

Dozens of senior Chinese officials have been investigated or jailed since President Xi Jinping assumed power, vowing to root out corruption and warning that the problem threatens the ruling Communist Party's grip on power.

Huang, who was also acting chief of the Communist Party in the northern port city, became its mayor in 2008, before being investigated on suspicion of corruption in September last year.

He abused his power to obtain bribes of more than 40 million yuan ($6.04 million) in exchange for promotions and land approvals, the Shijiazhuang Intermediate People's Court said on its official microblog on China's Twitter-like Weibo.

The corrupt behaviour spanned Huang's political career of more than two decades spent in several Chinese cities, from previous posts in Ningbo and Taizhou in the coastal province of Zhejiang to his time in Tianjin, the statement added.

It was not possible for Reuters to reach Huang for comment.

In January, the Communist Party said it would prosecute Huang, 63, for graft, following its announcement last September of an initial investigation.

Huang had made "presumptuous comments" on government policy and had damaged party unity, the investigation by the corruption watchdog, the Central Commission for Disciplinary Inspection (CCDI), showed.

He was also found to have accepted gifts, travelled with an "entourage" and worked to further his career by buying support and giving jobs to friends.

The court said its sentence took into account the guilt and remorse Huang expressed over his offences, besides his cooperative attitude and the evidence he gave investigators.

Tianjin, about an hour southeast of Beijing, has ambitions to become a financial hub for northern China and is one of four areas designated a municipality, along with Beijing, Shanghai and Chongqing, giving it the same high status as a province.

In 2015, a series of massive explosions at a chemicals warehouse in Tianjin killed about 170 people, provoking nationwide anger that it had been built close to people's homes.