HONG KONG - China is worried it could face fresh criticism over its actions in the South China Sea when Singapore becomes chairman of the Association of South East Asian Nations next year, and is putting pressure on the city-state to make sure that doesn't happen, according to people familiar with the situation.

They say that Chinese representatives have told Singapore counterparts in private meetings over recent months that they don't want trouble for Beijing when Singapore takes over the annual leadership of the 10-nation group in 2018.

Diplomats say they believe that Beijing has used its influence over countries who have chaired ASEAN in the past to dilute the group's stand on the South China Sea row, potentially one of the most volatile disputes in Asia.

The current chairman is the Philippines, which hosted the group's foreign ministers last weekend. ASEAN failed to issue its customary statement on Saturday because of what diplomats said was disagreement about whether to make oblique references to China's rapid expansion of its defence capabilities on artificial islands in disputed waters. The statement was finally issued on Sunday.

A Beijing-based Asian diplomat familiar with the situation said there are concerns that Singapore could use the ASEAN chairman position to try to "internationalise" the South China Sea issue, when China wants it limited to the countries directly involved.

"China thinks Singapore, as a Chinese-majority nation, should listen a bit more to Beijing," the source, speaking on condition of anonymity, told Reuters.

"Beijing has made it very clear to Singapore what it expects on the South China Sea issue," said another Asian diplomat in Hong Kong who is familiar with the situation.

Singapore's Ministry of Foreign Affairs declined to comment for this story.

In a statement sent to Reuters, the Chinese Foreign Ministry said China supported Singapore's work and "believes Singapore will lead ASEAN to work with China to promote the raising and upgrading of practical cooperation...and build an even closer China-ASEAN community of common destiny".

Singapore is not a claimant to any disputed part of the South China Sea but is home to the biggest port in Southeast Asia, and has made clear its open economy depends on continued free navigation in the area.

China claims almost the entire sea, which includes one of the world's most busy trade routes and sits stop valuable oil and gas reserves. Taiwan and four ASEAN states - the Philippines, Vietnam, Brunei and Malaysia - have overlapping claims. 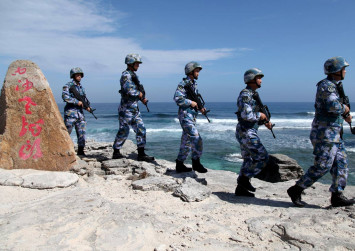 The United States says it does not have a position on the South China Sea dispute but will assert freedom of navigation rights in the waterway.

Chinese Foreign Minister Wang Yi told his Singaporean counterpart Vivian Balakrishnan during a meeting in Manila on Sunday that ties had come back on track of late.

Balakrishnan said the tone of his meeting with Wang was positive, Singapore media reported.

The worry for China is that Singapore has long-standing defence relationships with the United States and its allies, although the city-state says it is equally friendly with Beijing. 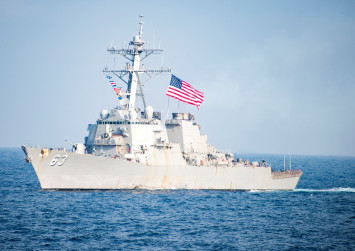 The United States and Singapore announced an enhanced defence relationship in late 2015, which included deployments of long range P-8 surveillance planes out of Singapore - aircraft which freqently track Chinese submarines.

Singapore also has some ties with Taiwan, which Beijing regards as a breakaway province.

Tensions between the two countries burst into the open last November when Hong Kong port authorities impounded nine Singaporean armoured military vehicles being shipped home from training grounds in Taiwan. Hong Kong released the vehicles earlier this year amid rare open debates in both Singapore and China about a deteriorating relationship.

The Global Times, an influential state-run Chinese tabloid, said in June that the once "special relationship" between the two nations was fading away amid mistrust over the South China Sea. 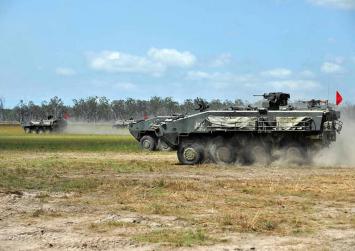