The continued emergence of new variants makes it critical for vaccines to be effective against a broad spectrum of strains.

A booster dose of a hybrid messenger ribonucleic acid (mRNA) vaccine can provide better protection against Omicron and other coronavirus variants than strain-specific shots, a mice-based study led by China's former top virologist and immunologist George Gao Fu has shown.

An array of vaccines based on different technologies has been developed and rolled out worldwide since the coronavirus pandemic broke out nearly three years ago.

However, the continued emergence of new variants makes it critical that the shots are effective against a broad spectrum of strains.

The Gao-led research team earlier developed an mRNA-based hybrid vaccine seen to offer better protection against both the Delta and Omicron variants in mice.

On comparing the efficacy of their hybrid vaccine against an Omicron-specific mRNA vaccine, the team found that the latter – while more effective against Omicron – provided less protection against other strains of Sars-CoV-2, the coronavirus that causes Covid-19.

These included the original strain first reported in Wuhan, as well as the subsequent Alpha, Beta and Delta variants.

Their Delta-Omicron vaccine produced broader neutralising antibodies against all types of variants, according to the study first published in peer-reviewed scientific journal Cell last month.

In a follow-up study published last Wednesday (Sept 14) in Cell Research, another peer-reviewed journal, the team further examined the efficacy of the hybrid vaccine as a booster dose.

Vaccinated mice were boosted with either of the two shots. The hybrid booster was shown to induce a stronger immune response, including for the currently circulating Omicron subvariants BA.4 and BA.5.

"The variant-adapted multivalent mRNA vaccine strategy … could accelerate the development of vaccines that address circulating and emerging Sars-CoV-2 variants," the researchers concluded. 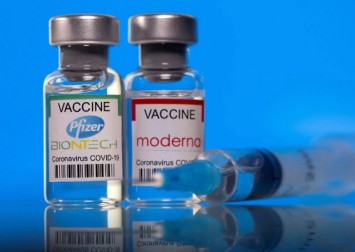 That vaccine is effective against variants including Alpha, Delta and Kappa, according to the team, and has been approved for emergency use in China, Uzbekistan, Indonesia and Colombia.

ZF2001 is the only recombinant protein vaccine among the eight Chinese vaccines currently in use.

Gao, the former head of the Chinese Centre for Disease Control and Prevention (CCDC), is now with the Savaid Medical School, under the University of Chinese Academy of Sciences.

He stepped down from his CCDC position in July upon reaching the retirement age of 60.

He sparked controversy in April last year when he said China was considering mixing Covid-19 vaccines or adjusting the dosage "to solve the problem of low efficacy for its existing vaccines", but later said his comments had been misunderstood.