Gao Fu, head of the country’s Centre for Disease Control, says use could be fast-tracked for selected groups and in emergencies.

China is working on a plan to give some groups a Covid-19 vaccine by the end of the year even if trials are not complete by then, according to the head of the country’s Centre for Disease Control and Prevention.

Gao Fu said the National Immunisation Programme was drafting guidelines to determine who would be eligible to receive the vaccine.

With the number of daily reported infections in China now in single figures, vaccine developers could struggle to complete the final phase of trials because they will have not enough cases to draw comparisons with.

“The National Immunisation Programme is paying close attention and studying what groups of the population can take the shots, when to take them and what may constitute emergency use of vaccines,” Gao said on the sidelines of the Chinese People’s Political Consultative Conference in Beijing on Saturday.

“I believe we will decide based upon the specific situations as we will not be following the usual protocol, otherwise time will be lost. Nor can we [decide] based on our knowledge of coronaviruses because the virus is very unique,” he said.

Sars-CoV-2, the virus that causes Covid-19, is the seventh known human coronavirus. The other six can cause fatal infections, such as severe acute respiratory syndrome and Middle East respiratory syndrome, or much milder illnesses like the common cold.

Vaccination is widely seen as the only viable medical solution that can put an end to the Covid-19 pandemic, which has infected more than 5.3 million people and killed more than 340,000 worldwide.

While there are more than 120 candidates under development, a vaccine jointly developed by Tianjin-based CanSino and the Academy of Military Medical Sciences, was the first one in China to enter a double-blind, placebo-controlled second phase human trial to see how effective the vaccine is.

The Canadian authorities have also given permission for a further trial of the vaccine to be conducted there.

Three other vaccines developed in China are also being tested on humans.

Maria Van Kerkhove, head of emerging diseases at the World Health Organisation, said last week that there would be no short cuts in the development of vaccines and no steps should be skipped to ensure that any vaccines would meet all safety and efficacy requirements.

Gao acknowledged that vaccine candidates must be safe and effective, but Gao said a standard treatment may take 12 to 18 months to develop, but the fast-track vaccines could be used in emergencies or for groups with particular needs.

Read Also
Coronavirus: Why there's no quick fix for a Covid-19 vaccine 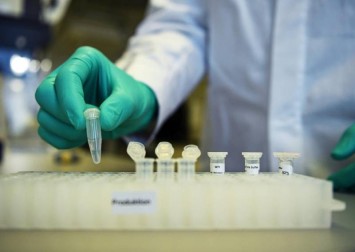 Zhu Jingjin, party secretary of the China National Biotec Group, whose subsidiaries in Wuhan and Beijing have started human trials on two vaccines, told state broadcaster CCTV last month that his company has the production capacity to meet the demand of “special population groups”, which he said included health workers, diplomatic staff, students studying abroad and people working on overseas infrastructure projects under the Belt and Road Initiative.

Gao, an immunologist and virologist who earned a doctorate at the University of Oxford and did postdoctoral research there and at Harvard University, has been personally involved in the search for the intermediary species that transmitted the coronavirus that causes the disease – which is believed to have originated in bats – to humans.

“Scientists, researchers and public health workers have worked hard on it, but at the current stage we can’t tell specifically which animal is [the host],” said Gao. “I hope the public can give scientists more time for us to understand this virus.”

Gao was also involved in collecting samples in January at the Huanan Wholesale Seafood Market, originally believed to the source of infection, following a cluster of cases among people living and working nearby.

However, the animal samples tested were free from Sars-CoV-2 and the virus was only found in waste water in the market.

“We first believed the virus originated in the seafood market, but now it looks like that the market is just another victim. The virus existed [before the infections happened in the market],” Gao said.

Countries including the US and Australia have criticised China for delays in making public the spread of the disease in Wuhan, and accused it of refusing to share samples from the Wuhan market and covering up information.

China, however, has rejected the criticism saying it acted quickly to share the genome sequence of the coronavirus and has worked closely with the WHO in combating the pandemic.