China is set to conduct regular tax investigations into top entertainers including online influencers, promising serious punishment for offenders amid a deepening crackdown on the entertainment industry and lucrative culture of fandom.

High-income celebrities who self-report offences by the end of the year, however, may receive reduced penalties or exemptions, the country's taxation authorities said in announcing the plans for greater scrutiny.

The planned inspections will be "double-random" - with both the subjects of the investigation and the inspectors assigned to be randomly selected and matched with each other, a State Taxation Administration (STA) notice announced on Saturday. Details and results from the investigation will be disclosed to the public in a timely and transparent way.

High-income stars should "take the initiative to report and rectify their tax-related flaws" by the end of the year, the STA statement said.

Those who comply may benefit from reduced penalties or be exempted from punishment for their offences, whereas those who fail to do so will be subject to the full range of penalties by state administrative departments and industry associations.

"Those whose offences are serious shall be investigated and punished seriously according to the law," the STA said.

Under Chinese law, anyone failing to pay overdue taxes and any resulting fines within the deadline requested by the tax authorities will face criminal charges. 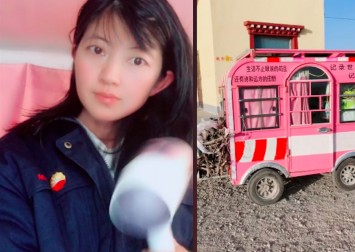 The STA announcement comes as the Communist Party steps up regulation of China's entertainment industry following a series of major scandals, including massive tax offences.

Last month, Shanghai tax authorities found actress Zheng Shuang guilty of failing to declare some 191 million yuan (US$29.5 million) in income, and owing 72 million yuan in evaded and underpaid taxes for the 2019-2020 financial year. She was billed 299 million yuan in overdue payment and fines.

Although Zheng's tax evasion amount and penalties were not as much as that of top actress Fan Bingbing, who clocked up 248 million yuan in unpaid taxes and was handed a 884 million yuan bill three years ago, the Chinese public was again stunned by the massive figures that reflected a widening wealth gap and demanded that the government enforce restrictions on celebrities.

The STA said it would analyse the industry based on 2020 tax payments to identify some "high-risk" artists, entertainers and internet influencers, to whom they would provide "one on one" notification as well as supervision and correction.

"We will severely punish taxation officers who abuse their authority to facilitate cheats," it said, while calling for stronger day-to-day tax management in the entertainment industry.

Internet influencers and their management companies have become a focus for the tax inspectors as the burgeoning industry in China has already created some of the country's richest people.

Live-streaming celebrity Huang Wei, professionally known as Viya, has an estimated net worth of more than US$30 million (S$41 million), while "Lipstick King" Li Jiaqi was estimated to be worth between US$1 million and US$5 million as of last year.