China to press on with 'zero Covid', despite economic risks, Xi Jinping says

People line up for nucleic acid tests during lockdown, amid the coronavirus disease pandemic, in Shanghai, China, on May 26, 2022.

Chinese President Xi Jinping has reaffirmed the country's zero-tolerance approach to Covid-19 even though "it might hurt the economy".

On a visit on Wednesday (June 29) to Wuhan, the central Chinese city where the coronavirus was first detected, Xi said China could not afford to pursue herd immunity or "lie flat" - a reference to living with the virus.

"We would rather temporarily affect a little economic development, than risk harming people's life safety and physical health, especially the elderly and children," he said.

China has sought to contain the coronavirus through swift lockdowns, mass testing and contact tracing in an approach known as "dynamic zero-Covid".

The resulting low number of deaths and limited spread of Covid-19 is widely seen as a political success for Xi and the party, which is partly why the top leadership has been reluctant to move away from it.

But there have been some signs of easing in restrictions, with the Ministry of Industry and Information Technology removing its "asterisk" system from travel records on mobile phones.

An asterisk indicated that a user had been in a Covid-19 outbreak in the previous 14 days, allowing authorities to test, deny entry to or quarantine people. Removing the system will allow most people, including from Shanghai, to travel more easily around the country.

The central government also said on Tuesday that it was relaxing quarantine requirements for international arrivals. 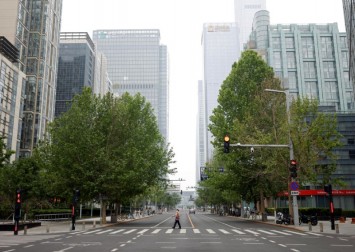 Instead of spending 14 days in quarantine and seven days in home isolation, people arriving from overseas will be required to spend seven days at a government-run quarantine facility, followed by another three days isolated at home.

But China's massive population still meant the country could not abandon zero-Covid, Xi said on Wednesday.

"China has a big population base. If we resort to 'herd immunity' or just 'lie flat', consequences would be unimaginable," Xi said.

He said dynamic zero-Covid was the "most economic and effective" response and China could continue with it until "the final victory" against the pandemic was won.

China's stringent Covid-19 curbs have long been criticised for disrupting mobility and production.

The economy has been hit hard this year, especially in the second quarter when a slew of cities were locked down.

Residents of Shanghai, the country's largest port and financial hub, were ordered to stay home for two months as authorities tried to rein in an outbreak of the Omicron coronavirus variant.

The frustration is felt most keenly by private companies and the foreign business community, with lockdowns confining hundreds of millions of consumers to their homes and hitting supply chains.

But a low vaccination rate among the elderly and a lack of hospital capacity to treat the severely ill means the approach is unlikely to change dramatically soon, according to health officials.

National Health Commission chief Ma Xiaowei told US ambassador Nicholas Burns on Tuesday that China would stick to the zero-Covid policy and implement pandemic control and prevention measures in a "scientific and targeted" manner. 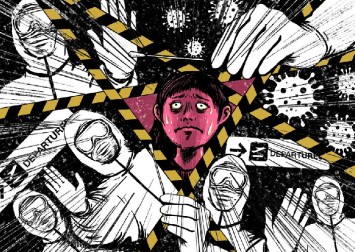 Larry Hu, chief China economist with Macquarie Capital, said the government wanted to strike a balance between the zero-Covid policy and economic growth.

"The government intends to strike a fine balance. They want to accomplish both objectives, rather than choosing one," Hu said.

"The zero-Covid policy will not be dropped, but it has been redefined constantly. Relaxation is the direction."

Serena Zhou, a senior China economist with Mizuho Securities, said Xi's latest comments could reinforce suggestions that the zero-Covid policy will remain in place over the next two or three years and its impact on the economy will linger.

"I don't think there will be a strong rebound in the economy in the second half of this year," she said, adding that she expected more targeted pandemic controls at local levels.

Zhou said the government was likely to "downplay this year's growth target, but it has a bottom line to defend. That's the job market."

China set an "around 5.5 per cent" growth target for gross domestic product this year, the lowest level in more than a quarter of century and one that many economists say the country could miss, given the strict Covid-19 curbs.

While the central government has stressed the importance of job creation for social stability in a key political year, the headline jobless rate - the surveyed urban unemployment rate, which does not capture rural migrant workers - stood at 6.1 per cent in April, the highest level since March 2020.

Though it eased to 5.9 per cent last month, economists widely expect employment to be a thorny issue for Beijing to tackle this year, if shops, restaurants, cinemas and other public venues are closed in every wave of Covid-19 outbreaks.