Merchants in the district woke up on Monday (Aug 29) to the notice saying that the area will be closed through Thursday.

All tenants are required to work from home during the period and take a nucleic acid test every day, according to one of the district's biggest operators, Huaqiang Electronics World.

The suspension of business operations at Huaqiangbei forms part of a series of broader measures initiated by the Shenzhen government on Monday, including putting five other subdistricts in the commercial hubs of Futian and Luohu under lockdown.

All shops in the affected areas have been ordered to shut down, except for essential businesses, such as supermarkets, restaurants and pharmacies.

Restaurants are only allowed to provide takeaways. All dine-in services have been suspended.

The Shenzhen government on Monday also ordered the indefinite closure of 24 metro stations, most of them located in Futian and Luohu, according to the metro operator.

The city of over 17 million, which managed to contain a Covid-19 outbreak in March after a week-long lockdown, has been hailed as a model of effective governance as Beijing tries to balance its zero-Covid policy with sustaining economic activities.

The latest measures, however, show the challenge that China faces in trying to walk a fine line between two largely conflicting goals.

Premier Li Keqiang visited Shenzhen earlier this month and urged the city to take a lead in "injecting new dynamism" into stabilising development and growth.

A new wave of infections across the country has led to rigid lockdowns and mass quarantine in a string of regions, from Daqing city in the northeastern province of Heilongjiang to Haikou city on the tropical island of Hainan. 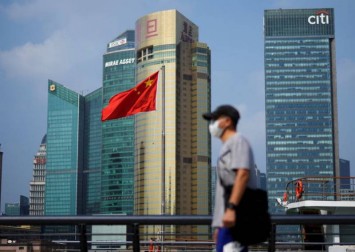 Such measures have become part of a "new normal" in China under Beijing's zero-tolerance approach towards the coronavirus. By contrast, other Asian countries like Singapore have transitioned to living with Covid-19.

Shenzhen, which has seen an uptick of new cases since mid-August and reported 11 new cases on Sunday, has been conducting targeted lockdowns of residential compounds and regular mass testing.

The temporary closure of Huaqiangbei adds new risks to supply chains, as the hi-tech industry accounted for 20 per cent of Shenzhen's gross domestic product in 2020, according to government data.

Business at Huaqiangbei was suspended for days during the citywide lockdown in March. Some of the area's shopping centres and office buildings were also placed under partial lockdowns in June.