China Railway Guangzhou Group has suspended co-operation with a catering company after a passenger became sick from eating mouldy food.

Two passengers, surnamed Zhu and Xia, bought boxes of beef and chicken wing rice on their way from Beijing to Wuhan, Hubei province, on Saturday. Xia, who didn't notice that the food was mouldy until he had eaten half his dinner, later threw up and had diarrhoea. Zhu did not eat the meal.

They complained immediately and had the 80 yuan (S$16.07) cost of the meals refunded and received two new boxed meals as compensation, Hubei Daily reported.

The railway company said it has suspended co-operation with Shanghai Xincheng, the company that provided the meals, and has established a group to investigate the food supply chain.

The reason for the bad food remains unknown for the moment, said He Zhiwen, deputy director of the media department of Guangzhou Railway, which oversees the line.

"It is still under investigation, and when that is complete we will hold a news conference," he said. 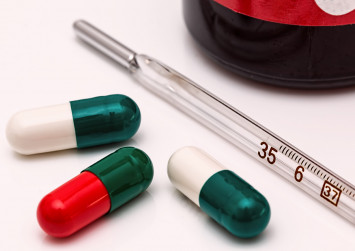 In November 2013, there was a similar case on the train from Guangzhou, Guangdong province, to Wuhan, Hubei province, after a passenger surnamed Hu lost his appetite when he saw mould on his rice.

Liu Qihong, who was a staff member at Wuhan Railway Travel Service Co, said that food transported in nitrogen packages could be kept for 90 days at room temperature. The food could go bad because of a broken package, she was quoted as saying by Wuhan Evening News.

Xu Xinghui, a teacher from Changchun, Jilin province, who loves to travel, said: "I seldom eat boxed meals on the train. Each meal sells for 40 yuan and the quality isn't worth it. I'd rather take a bowl of instant noodles."