The search for the origin of the novel coronavirus behind the Covid-19 pandemic has turned up surprising results for an international team of scientists, according to a non-peer reviewed paper published on Monday.

The researchers found 24 previously unknown bat coronaviruses – four of them related to the strain which causes Covid-19 – all within a radius of less than 4km in southwestern China. One virus carried “a genomic backbone arguably the closest to SARS-CoV-2 identified to date”, the research paper said, but none appeared to be a direct ancestor of the coronavirus responsible for the pandemic.

Bats – which carry more disease-causing viruses than any other mammal, except rats – have long been a major subject of viral research. But bat-hunting scientists, particularly those in China, have come under fire since the emergence of Covid-19, which is believed to have originated from the animals.

One theory that the new coronavirus leaked from a laboratory studying bat viruses in the central Chinese city of Wuhan has been described as extremely unlikely by the World Health Organisation, but it continues to be raised, most recently in an open letter by a group of academics published in The Wall Street Journal and Le Monde.

Despite the controversy, Beijing has continued to fund numerous research teams collecting and studying bat viruses across the country. Among them was the team, led by Professor Shi Weifong of Shandong First Medical University, which was responsible for the latest research published by preprint biology server bioRxiv.org.

Shi’s team was most surprised to collect such richly diversified strains from such a small area in Yunnan province, where they collected more than 400 samples – of droppings, urine and oral swabs – between May 2019 and November last year. Scientists from other countries, including Australia, took part in the field trips and data analysis. “The genomic diversity of these viruses has likely been underestimated,” they said.

The closest matching virus, RpYN06, had a 94.5 per cent similarity to SARS-CoV-2 across the whole genome – slightly lower than RaTG13, another bat virus collected in Yunnan several years ago with a 96 per cent match. Both had different spike proteins to the virus responsible for Covid-19, but in other respects RpYN06 appeared more closely related.

According to Shi and his colleagues, this suggested the ancestor of SARS-CoV-2 had departed from the RpYN06 and TG13 lineages several decades ago and gone through a recombination event by mingling with a different viral species. When that may have occurred, and on which host animal, they could not say.

Besides the SARS-CoV-2 related strains, Shi’s team identified three viruses related to Sars – another deadly strain responsible for an epidemic in 2003. They also discovered 17 new types of coronaviruses related to two strains that may cause fetal illnesses in pigs.

The researchers did not reveal the exact location of their collection site, but warned that the discovery of so many unknown species in such a small area was unexpected. They also found the same virus could infect different bats, including species whose distribution spans from India, Southeast Asia to southern China. 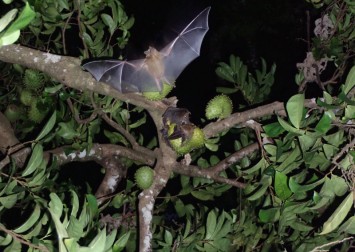 The complexity of host distributions could “increase the difficulty in resolving the origins of SARS-CoV-2 and other pathogenic coronaviruses,” the research paper said.

In recent months, more coronaviruses related to SARS-CoV-2 have been discovered by researchers in Cambodia, Thailand and even Japan, hosted not only by bats but other animals, such as pangolins.

According to a Shanghai-based life scientist studying the evolution of coronaviruses, most new viruses have emerged from tropical areas, where the hot climate and abundant animal species allow different viruses to compete and mingle with one another to create new variants.

“To find the origin of a pandemic, these are the most hopeful areas. But many scientists won’t say it out loud because this may sound politically incorrect,” said the scientist, who asked not to be named because of the sensitivity of the issue, which has seen a rise in attacks on Chinese and other Asians in some countries, including the US and Australia, as Covid-19 spread around the globe.

“No country in Southeast Asia wants to be linked to the origin of the virus. I have some colleagues in Yunnan right now trying to work with scientists in neighbouring countries on bat viruses, but a lot of politics has got in the way” he said.

“People on the other side of the border have seen the hostility and discrimination against China and the Chinese. They have a good reason for not wanting the same thing to happen to them. Conspiracy theories and racial discrimination is preventing us from getting closer to the truth.”

The novel coronavirus responsible for Covid-19 was first isolated in Wuhan in January last year and was initially traced to a seafood market, where a major cluster of outbreaks occurred. Former US president Donald Trump repeatedly referred to it as the “China Virus’’, and his administration pushed the theory it had originated from the Wuhan Institute of Virology.

The WHO has said the search for the origins of the virus needed to start in Wuhan but could then go where the data showed, either in China or beyond.

Genetic analysis of mutations of the virus have suggested it may have made the jump to humans months before detection, possibly as early as the summer or autumn of 2019. Positive samples were found in sewage water and blood samples collected in the US, South America and Europe before the Wuhan outbreak, with some patients misdiagnosed with flu, measles or other diseases.