Employees sort parcels at a logistics base on the Singles' Day online shopping festival in Yiwu, Zhejiang province, China November 11, 2019.

Starting this week, Chinese netizens have been bombarded with online promotions promising them a share of billions of yuan in shopping subsidies, and offers of refunds if they find a better price on another e-commerce platform.

It is all part of “618” – an event that began as a simple June 18 anniversary promotion for online retailer JD.com in 2004, but has since grown into a huge midyear shopping extravaganza embraced by all the major e-commerce platforms vying for a piece of the consumer wallet.

Each year, the frenzy of sales activity kicks off as soon as May ends. This year, Tmall and Taobao, the two e-commerce platforms run by South China Morning Post owner Alibaba Group Holding, flooded their apps and websites with deals and live-streaming channels to take advantage of the shopping extravaganza.

Sales turnover generated via live-streaming on Tmall in the first hour of June 1 was equal to the average daily turnover last year, Alibaba said. Separately, JD.com said over 4,800 brands on its platform saw at least a 500 per cent jump in transaction volume on June 1 compared to the same day last year.

However, behind the rosy numbers is a harsh reality for China; online sales growth for the industry is slowing as competition intensifies among a wave of new players. For platforms and merchants, it is getting harder and costlier to capture consumer spending.

On Alibaba’s Taobao, the largest e-commerce platform in China, consumers are given subsidies in the form of gaming and raffles if they watch the live-streaming channel. Alibaba said it has budgeted 700 million yuan (S$145 million) in consumer giveaways on Taobao during this year’s 618 promotion.

Other platforms have similar incentives. JD.com not only offers shopping games and special deals, but also entices buyers with bundled offerings of vitamins, tea bags and a steam foot bath so young shoppers can “nourish themselves in Buddha style”.

“The intense market competition will only make the industry healthier because it will push platforms and merchants to do better,” said Chen Tao, a senior analyst at consultancy firm Analysys.

For China’s e-commerce giants, it is clear that the pool of potential new customers is shrinking, forcing them to compete for the spending of existing consumers. Amid fierce competition, few can afford to be left behind.

The mobile monthly active users (MAUs) on Alibaba’s retail marketplaces reached 925 million in March, accounting for about 94 per cent of the country’s total netizens. Social e-commerce platform Pinduoduo had more than 720 million MAUs by the end of the first quarter, while JD.com lags with about 500 million active users on an annual basis.

“It would be impossible for the platforms to outgrow the number of mobile internet users in China,” said Chen. “But the growth pace of e-commerce is definitely faster than offline.”

The 618 event, which runs from June 1 to 18, has become a nationwide shopping spree on multiple platforms, similar to the November 11 Singles’ Day festival run by JD.com’s rival Alibaba. 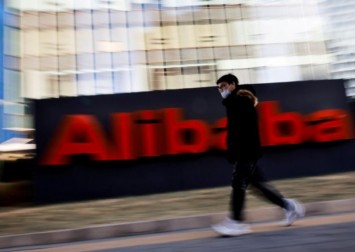 Singles’ Day, with the 11/11 date format resembling “bare branches” to Chinese, or singles, grew into a kind of anti-Valentine’s Day celebration where people without partners could splurge on themselves.

The country’s two biggest shopping sprees now serve as a barometer of broad consumer sentiment and retail health in the world’s second-largest economy.

While Singles’ Day is routinely compared to Western shopping days like Black Friday – the day after Thanksgiving – and Boxing Day on December 26, the 618 event has emerged as China’s answer to US Memorial Day sales.

Meanwhile, new players such as ByteDance’s short video platform Douyin and the Tencent-backed Kuaishou are joining the already crowded field.

“Kuaishou and Douyin are becoming an emerging force that cannot be ignored … live-streaming e-commerce is an important monetisation channel for them,” said Cao Lei, director at Hangzhou-based e-commerce consulting firm 100.ec.cn. “The ongoing antitrust crackdown is a major benefit for them.”

Kuaishou, which tried to squeeze into the already competitive Chinese e-commerce market three years ago, is for the second year running promoting its own “616” shopping festival – keying off the number six which is considered lucky in Chinese culture. The event, which started on May 20, will run for one month.

Enticing new customers has become increasingly challenging for new entrants like Kuaishou as well as the established players such as JD.com and Alibaba.

Li, a 26-year-old Shanghai resident who only gave a surname when interviewed, said she is tired of the constant sales promotions and is not planning to buy anything during the midyear shopping season, especially after experiencing a game on Taobao last year which required her to finish tasks every day with a group of friends within the app to receive shopping subsidies for the Singles’ Day event.

“I will never try it again, or try to get a few yuan of subsidies on any shopping platform,” Li said. “It’s not worth the amount of time and effort I spent.”