An illustration of a pride parade.

The first time Eugene Wu observed a pride parade in Manchester after arriving in Britain to study architecture in 2017, it was a bit of a culture shock.

"I saw many people dressed in eccentric and flamboyant clothes," the London-based architectural assistant said. "In a Western environment, this would not be an issue, however if it took place in East Asia, which is comparatively more conservative, it would likely invoke confusion, or even hostility."

There were pride events in China too, notably the Shanghai parade that was an annual affair until 2020, but Wu had never attended one in his home country.

"Gay pride is a sort of carnival crafted through the lens of Westerners, but our people are more conservative about sexual expression," the 24-year-old said. "It could result in more criticism and misunderstandings, even if that wasn't our intention."

Wu is among a growing group of young Chinese gay men who recognise the limitations of LGBT rights in their country but argue that applying Western models of activism to the local context wholesale are at best ineffective and at worst detrimental to their path towards acceptance and protection.

There are an estimated 70 million people in mainland China who identify as LGBT. Homosexuality was decriminalised in the country in 1997 and removed from the list of mental disorders in 2001.

But discrimination against LGBT people is still commonplace, and gay men in particular have been targeted in a widening crackdown against depictions of masculinity that do not conform to gender norms .

"Men shoulder an intense burden from their family, especially their parents, if they are not married to women and have no children to continue the family line," according to a 2019 study by Wei Chongzheng and Liu Wenli.

The priorities of gay men in China, therefore, may differ from those of their Western counterparts.

"For most Chinese gay men, personal factors such as acceptance from family and their community will be more important than structural factors like the right to marry, to the extent that it does not impinge on their daily lives," said Professor Dominic Yeo from Hong Kong Baptist University, whose research focuses on LGBT youth.

"The Westernised style of expression that is in your face, is not necessarily the default or most preferred option for China's LGBT community. It is also not the only metric of progress."

In July 2020, the organisers of Shanghai Pride published a series about the success of their 12th annual festival, addressing a wide range of issues, such as how to make companies in China more diverse and inclusive, queer and drag parties and personal stories from individuals.

"We hope to see everyone at Shanghai Pride 2021!" they wrote.

A month later, in a move that many saw as reflective of the shrinking space for LGBT activism in the country, the organisers announced they were "taking a break from scheduling any future events".

Professor Chan Lik-sam, who teaches communication at the Chinese University of Hong Kong, said the event had served as a "symbol for potential progress".

"It's about the atmosphere and environment," he said. "Even as some people [in China] are unaware or do not enjoy these events, it is bigger than the individuals themselves."

In the early years of the event, it was primarily attended by Western expatriates who were also the organisers. They later began publicising the event in both Chinese and English, attracting some local participation.

As more crackdowns followed - in the past year, there has been an official boycott of "sissy idols" and WeChat accounts run by LGBT groups were deleted - some in China's LGBT community worry they are becoming collateral damage in rising tensions with the West, with homosexuality increasingly seen as a Western ideology.

Instead of organising Western-style protests, a 21-year-old economics student at Shanghai's Fudan University who wanted to be referred to by the pseudonym Parker Wang suggested going through "stable" and legal channels in China to pursue equal rights, such as submitting proposals and suggestions to the National People's Congress (NPC).

While same-sex marriage is unlikely to be introduced soon, the legislature in 2020 acknowledged petitions for the cause and later sought public opinion about the topic, a development viewed by domestic activists as a glimmer of hope.

"We don't have to achieve equality by imitating the West," Wang said. "LGBT culture is not exclusive to Western societies, and we don't have to emphasise how the West is supposedly more tolerant of sexual minorities."

Yeo argued that authorities had more of an issue with the pursuit of individualism rather than homosexuality itself, given that China had traditionally valued collectivism.

"The emphasis of individualism, which purports that one's LGBT identity is more salient than anything else, is the issue that China has," he said. "Rather than emphasising the exclusiveness of a sexual identity or orientation, it would be more practical [for the Chinese LGBT community] to acknowledge that they are also Chinese and part of the family."

This opinion was echoed by a 23-year-old who asked to remain anonymous and used the pseudonym Leon Li.

"Western countries focus on individualism and self-display, which are things that may be good in nature, but an excessive amount would draw backlash," said the Guangdong native, who came out as bisexual to close friends and family in late 2019. "In the Chinese context, a balance is necessary."

While he does not intentionally hide his sexuality, UK-based Wu said he did not feel the need to proclaim or highlight his sexuality publicly either, despite a globally changing landscape that made it easier to do so than before.

"I'm human first before I am gay," he said, "I focus on the commonalities of us as human beings because other than sexual preference nothing makes me different."

Wang feels that even as he might be more open with his sexuality abroad, it will not harm his sense of national identity and belonging. In fact, he said they were strengthened after he witnessed how his country successfully handled the Covid-19 pandemic.

"I'm yet to see anyone around me want to leave the country just for a more sexually progressive environment," he said.

Similarly, Wu said he felt that while Britain was generally more accepting of sexual minorities, it was not a factor that would influence where he chose to live. Crucially, he did not feel "unsafe" or "uncomfortable" being a gay man in China.

"My sexuality and nationality are equal parts of my identity, the two facets are not in conflict and they both make a person attractive," he said.

The lack of safety or comfort that some experienced was less dependent on political factors and more on their immediate environment, such as their occupation, geographical location and their family's open-mindedness, both Wu and Li said.

"If one day we are legally and officially listed as an entity that has to be suppressed, then I'll feel more concerned," Wang said, while also noting that some LGBT-themed activities on the campus faced "covert" restrictions from universities: "events and meetings are still taking place, but in private rather than public spheres".

Wang suggested domestic activism should now focus on the fact that the spectrum of sexual preferences was scientifically normal and how homosexuality was welcomed in ancient China .

"Society is not just about politics, there's also the consideration of general social acceptance," Chan said. "I'm hopeful that when the more inclusive younger generation has more social influence in a decade's time, things will look a lot different."

Many men who spoke to the South China Morning Post said they would like to see more progress domestically on having more diverse representations of gay men in the media.

While there have been increased representations of gay men in domestic media in recent years, they said these productions often missed the mark in portraying "average" gay men in China. 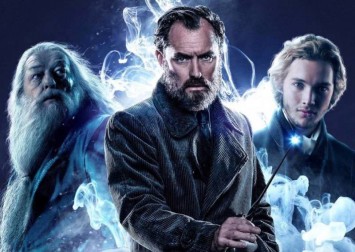 "The gay men magnified in media are those who are wealthy and attractive - the elite - but that is an inaccurate picture," Wu said. "Most of us live ordinary lives and do ordinary things, so we do not have the time nor power to occupy space in the mainstream."

Li concurred: "The images of gay men in popular media are those who are the most outstanding, that's the only way we are shown, which creates even more invisible pressure".

Chan said the version of masculinity in gay-themed productions - such as in popular "boys love" dramas and pride parades - was often characterised by gay men who were young, sporty, light-skinned and muscular.

"The more we consume a certain form of media, the more we adopt its world view, and this may influence the youth who have just started exploring their sexuality to believe that … is what being 'gay' means," the professor said.

Popular standards of attractiveness are also described in sociology as "sexual capital", meaning the social power one accrues as a result of their sexual charm.

"Sexual capital itself is an urban, middle- or upper-class concept," Yeo said. "Even in the movement for LGBT rights in China, we don't often hear the voices of the rural, working-class gay men."

Wu is hopeful, however, that over time things will change. "As Generation Z matures, East Asian societies will become increasingly accepting of such subcultures," he said.