The construction of the Mwalimu Julius Nyerere Leadership School in Kibaha, 40km outside Dar es Salaam in Tanzania, was financed by the six ruling parties of the southern African countries.

The additional support came from the ruling party in Beijing through its International Liaison Department, the bureaucracy in charge of promoting Chinese ideology overseas and inter-party diplomacy.

The school provides a platform for China to enhance exchanges with leaders as a form of “party-to-party diplomacy”.

Like many countries in southern Africa, Tanzania was greatly influenced by Maoism and the Communist Party during the 1960s and 1970s under founding president Julius Nyerere.

Although Sino-African relations have almost entirely shifted to economic engagement, with China’s presence in Africa increasingly associated with mega infrastructure projects, echoes of Chinese socialism can still be heard in Tanzania, as well as many other countries on the continent. 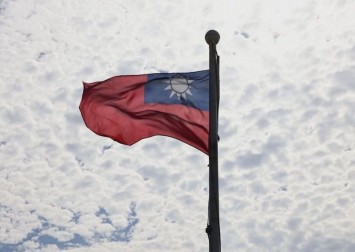 Observers say no African country has completely adopted the Chinese “model”, but most appreciate some of its elements, such as a single-party state or state-led development.

In recent years, the party has intensified its push to solidify its political relations with African ruling parties, inviting hundreds of their officials on “study tours” to China each year.

The approach remained consistent from the 1990s, when Beijing began aggressively promoting the “Chinese form of governance” in Africa, until Covid-19 put a stop to any form of gathering that risked further spreading the virus, although some meetings continued to be held virtually.

Song Tao, the then head of the International Department of the party’s Central Committee, gave a virtual address to attendees of the Southern Africa Youth Cadres workshop in early June, highlighting the long-term friendship and shared concepts of the parties.

“In the face of the changes and the pandemic both unseen in a century, the CPC is ready to strengthen experience exchange in state governance and administration with the six parties,” said Song, who has since been replaced by Liu Jianchao, a veteran diplomat.

Observers said China’s communist ideology had evolved over the years, along with the thinking among many African political leaders, who today are attracted to China’s economic success and would like to emulate it, despite the vast differences between their countries and China. 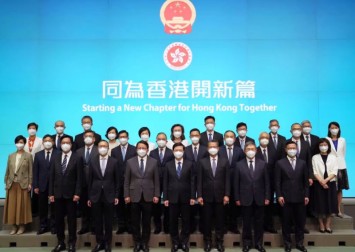 Jean-Pierre Cabestan, a senior research fellow at the French National Centre for Scientific Research and a research professor at Hong Kong Baptist University, in a recent paper published by the National Bureau of Asian Research said that “in Sub-Saharan Africa the CPC has focused on ruling rather than opposition parties and countries that matter for the Chinese economy”.

However, its aim is not to export the “China model” as such, but rather to promote the Chinese “form” of governance, economic organisation and “democracy”.

Cabestan noted that in Africa as a whole – including north Africa – the Chinese Communist Party has set up relations with 110 political parties in 51 countries out of 54, as laid out in a white paper issued by Beijing at the end of the 8th Forum on China-Africa Cooperation (FOCAC) in Dakar in Nov.

David Shinn, a professor at George Washington University’s Elliott School of International Affairs and a former US ambassador to Ethiopia, said different ruling African political parties had somewhat different expectations of the training offered at the school, although all see it as strengthening relations with Beijing.

“There may be a tendency to view the training as a way to learn how to retain political power permanently,” he said.

Shinn said all six of the African political parties involved in the training had ruled their respective countries without interruption since independence, with some probably hoping to obtain tangible contributions such as office equipment and party vehicles.

“The CPC will use the training to encourage the African political parties to accept its political and economic ideology and organisational techniques. By China’s own acknowledgement, the goal is to strengthen the ties between the CPC and African ruling political parties,” he added.

Lina Benabdallah, a specialist in China-Africa relations at Wake Forest University, said “there is a perceived success of the CPC’s party structure, governance model which centres economic development, and leadership style by elites from those six parties and others across the continent”.

“Such perceived success provides an interesting and attractive model to build political leadership and mobilise party loyalty,” she said. 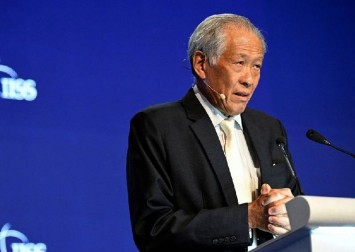 According to Benabdallah, the significance to Beijing of party schools in Africa is the opening up of opportunities for closer cooperation with African elites who are either in power or stand to be ruling parties in the future.

There is also the prospect that the party’s governance model will inspire others, while potentially becoming a normative expression of power in the continent.

“Africa remains the continent where China is more positively viewed than anywhere else in the world, which constitutes an opportunity for Chinese diplomatic efforts,” Benabdallah said, in a study published last year.

Africa is viewed by the Chinese leadership as a prospect for China’s development and governance models to introduce and implement a viable alternative to Western-centric models, she said.

Cabestan said the Chinese party is also adaptable to changing situations, pointing to its close relationship with Ethiopia’s ruling Ethiopian People’s Revolutionary Democratic Front (EPRDF) after it took power in 1991.

However, after Prime Minister Abiy Ahmed dissolved the EPRDF in Dec 2019 and merged it with three other parties to form the Prosperity Party, the Chinese Communist Party established relations with the new entity.

“Choosing its camp in the looming Ethiopian civil war, the CPC went even further by elevating its relations with the Prosperity Party into a strategic partnership,” Cabestan said.