Karaoke is hugely popular in China, but as with other forms of media, the state is increasingly concerned about what people are being exposed to.

China's Ministry of Culture is planning a major crackdown on karaoke songs that it deems subversive or pose a threat to national unity.

The ministry has proposed creating a centralised list of forbidden songs and it will expect karaoke venues to comply, according to a draft policy document published on the ministry's website late last week.

Under the plan, karaoke venues would be responsible for policing their song lists and deleting any songs that: "endanger national unity, sovereignty or territorial integrity, or harm national security, honour or interests". It will also ban songs that "incite ethnic hatred".

While the proposal did not mention any specific songs by name, in the past banned songs have been those seen as political or promoting poor social behaviour such as I love Taiwanese Girls, Fart, Beijing Hooligans and Don't Want to Go to School.

A central song list would be created by the ministry for karaoke venues and their operators who would then be responsible for deleting banned songs. Only "healthy" songs that "promote positive energy" will be allowed, and venues are encouraged to promote songs seen as championing the government's agenda.

Insecurity and concern about dissent

Angeli Datt, a senior research analyst for China, Hong Kong, and Taiwan at Freedom House said it was no coincidence the ban was being proposed right after the party's centenary celebrations, which she said were marked by insecurity and concern about dissent.

"Targeting karaoke song libraries is part of a broader attempt to extend the Chinese government's vast information control system into every facet of the entertainment industry."

"In proposing to ban songs on national security or 'violating social ethics' grounds, authorities will censor content that it deems foreign, religious, or politically sensitive while trying to promote a traditional and conservative culture with the party at the centre."

Chinese media academic Gregoire Bienvenu from the Sorbonne university said that karaoke is seen by Beijing as a useful tool to channel people's attention away from the government's failings, sensitive political issues like Taiwan and Hong Kong, and foreign influences – as long as it can control the messages in the songs.

"Those places [karaoke bars] provide a very useful activity to absorb the energy of the youth through popular music, dance and drinks: it diverts political thoughts away. So no wonder the list of the songs provided in karaoke venues have to be monitored," he said in an interview.

"Maybe it's only part of Xi's main plan to watch over any kind of cultural expression – which he has been doing since 2013 – whether with cinema, hip-hop and now karaoke."

Clamping down on karaoke

Beijing has clamped down on karaoke before. At least 100 songs were banned from karaoke venues last year, according to the ministry's karaoke policy document. In 2018 more than 6000 songs were banned, including popular favourites by acts such as Eason Chan, Twins and GEM, as well as Taiwanese performers A-Mei and Jay Chou in a bid to stop copyright infringement

However, the banning of specific songs or artists can have unintended consequences, said Bienvenu. 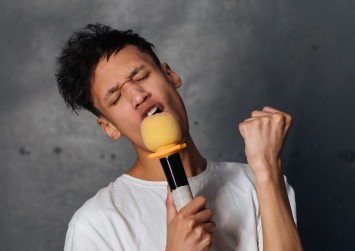 "It's very likely to work as a free promotion for anyone who's banned from karaoke," he said.

Bienvenu pointed to a 2015 crackdown on hip hop that saw many Chinese classics of the genre banned. One group, called In3, had 17 songs banned and were held in custody for five days. Within a few years, the band, and the genre as a whole, surged in popularity in mainland China.

Datt from Freedom House said that this latest round of censorship was part of a wider pattern of behaviour by Chinese authorities. Since late last year, Beijing has increased its control over a wide range of popular culture content including stand-up comedy, gaming, internet fan clubs, as well as creating a code of conduct for celebrities.

"The extension of censorship and attacks on freedom of expression to these new frontiers signal ongoing CCP nervousness about any avenues for domestic dissent," she said.