China teacher suspended after making pupils slap themselves on the face

The teacher left her class unsupervised with a video to watch and on her return made them slap themselves for misbehaving.

A music teacher in China's eastern Jiangsu province outraged parents by making unruly Grade 2 pupils slap themselves in the face as punishment and one did it 58 times.

Fu left pupils unsupervised, with cartoons to watch as a distraction. When she returned to a rowdy and noisy class, she punished the pupils by making them stand up and slap themselves hard in the face, the report said.

"I'm so angry I'm shaking," a parent told the newspaper. The mother of another pupil said her child had to slap herself as many as 20 times. One child did it 58 times, the report said. Weibo users responded to the story by saying discipline at the school had gone too far.​Photo: Handout

A QQ messenger group for teachers and parents of that class showed several complaints, similar descriptions of the incident and demands for an investigation, the report said.

An administrator apologised to the parents in the group, promised the school would investigate and discipline the teacher. 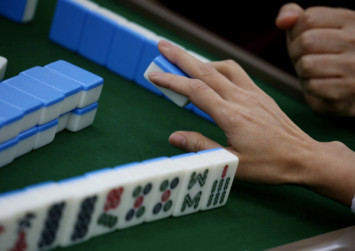 On Wednesday, Suyu district's education bureau announced the accusations against Fu were true. She was warned about her conduct and suspended indefinitely, The Beijing News said.

School authorities took Fu house-to-house to apologise to the families and said that two months of her wages would be confiscated, parents told the newspaper.

The incident caused a stir on China's social media site Weibo. Many users complained that they also suffered corporal punishment when they were school pupils and that Fu had gone too far.

"People always say respect teachers. I want to say respect cannot be given," a Weibo user from Liaoning wrote, "If [teachers] behave well, then respect will be earned."