China is updating its lab animal testing laws as it tightens up on animal use in the aftermath of the coronavirus pandemic and allegations that the pathogen leaked from a laboratory.

The draft changes to the Regulation on the Administration of Laboratory Animals include expanded rules on safety and infectious disease control in labs, as well as specifications on genetic modifications.

The draft, released by the Ministry of Science and Technology on Tuesday (Aug 3) for public consultation until the end of the month, signals China is catching up on animal use and welfare, according to an Australia-based animal law specialist. The regulations were introduced in 1988 and have been updated three times.

The draft proposes a new chapter on “safety management” and new sections on vehicles used to transport lab animals and environmental controls in the facilities.

“Units and individuals engaged in the use of experimental animals shall … conduct regular quality inspections on the animals and the facilities.

“The operational process and testing data should be fully and accurately recorded and traceable.”

While the existing regulations include guidelines on reporting infectious disease outbreaks to public health and animal quarantine departments, the new regulation adds “local science and technology authorities” to the departments that have to be notified if any disease transmissible to humans is found in labs.

The draft’s release comes as the Chinese government faces mounting international pressure to investigate whether the coronavirus leaked from a lab in Wuhan, the central Chinese city where the pathogen was first detected.

A group of World Health Organisation scientists visited China in January and concluded that the coronavirus “most likely” originated in animals and spread to humans , largely dismissing theories that the virus might have an unnatural origin, such as a lab leak.

But calls have grown within the scientific community and as well as from the United States government for a closer look at the possibility, saying it was dismissed too hastily at first.

China has resisted those calls, saying they are politically motivated. But it has made a number of revisions to wildlife policy since the pandemic erupted. 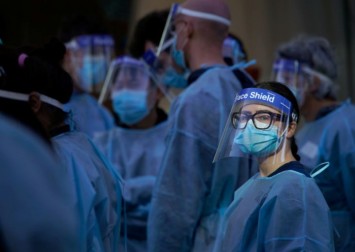 A nationwide ban on the trade and consumption of wild animals was announced around a month after some of the earliest infections in China were found in people who had exposure to a Wuhan market where bats, snakes, civets and other animals were sold.

Deborah Cao, a professor specialising in Chinese animal law and ethics at Griffith University in Australia, said the proposed changes were “ a case of China catching up” with both regulations on animal use as well as animal welfare.

“Since the outbreak of Covid-19 in China … the Chinese government and society as a whole have become much more aware of or concerned about animals used for different purposes in China, and human-animal relations, which is one of the very few or the only positive in the aftermath of the pandemic,” Cao said.

But China was unlikely to address concerns from other countries about animal testing in Chinese labs, she said.

“The written laws do not always reflect the actual practice and realities in China,” she said. “There is little public or disclosed information on how such animals are actually treated.

“China is now the world largest producer and user of animals – especially primates – for research and testing.

“So, I believe that the Chinese authorities and scientists are obligated to provide detailed info on the animals used in research and experiments to the world scientific community and the general public. Laws are very important, but the enforcement of the laws and transparency is also or more important in this area.”

Biosafety consultant Tony Della-Porta, who ran WHO-sponsored biosafety workshops for the Chinese Centre for Disease Control and Prevention between 2005 and 2007, said China had made “big improvements” in biosafety. 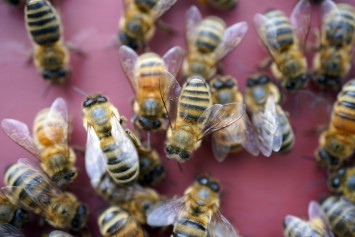 But while the ministry, which is responsible for accrediting biosafety laboratories, seemed to be trying to strengthen controls, the guidelines were too vague to guarantee an improvement in safety, Della-Porta said.

Animals functioned as “models for human pathogenicity” and also allowed scientists to study zoonotic outbreaks, where a virus spills from an animal reservoir into humans, he said.

Kurth said there was a strict monitoring and disposal system for animals used in his laboratories to ensure that no active viruses were brought into communities.