Sociology professor at Nanjing University known for publishing and retracting scores of academic papers has been removed from her teaching post due to ethics violations.

The university said on Saturday it had stripped Liang Ying of her credentials to supervise graduate students and some honorary titles over "serious academic ethics and other moral problems".

Departments had been instructed to undertake deep self-reflection and take practical measures to prevent such incidents from happening again, it said in an online statement.

Liang, who was on the faculty of the School of Social and Behavioral Sciences, became the subject of media reports in October after being accused of plagiarism and submitting duplicate manuscripts of at least 15 of her papers. At the time, the university said it would investigate the allegations. 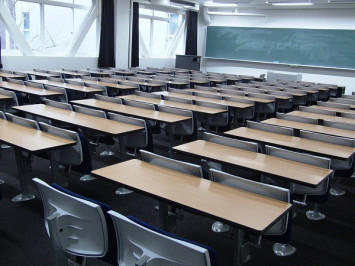 In 2015, she was recognized by the Changjiang Scholars program for young academics, a prestigious award created by the Ministry of Education.

China Youth Daily recently reported that by the time Liang joined Nanjing University, she had already had more than 30 papers published. Between 2009 and 2014, she managed to publish 60 papers in Chinese. Since 2014, she has published 43 papers in English.

Liang has been asking online publishers to remove her Chinese-language papers from their databases on the grounds that her early work was fundamentally flawed. She had more than 120 papers removed from one academic database, earning her the nickname "Professor 404", a reference to the 404 error message displayed online when a web page cannot be found.

Investigators determined that in some instances her work had been either plagiarized or submitted to more than one publication, with only minor changes.

In another report by China Youth Daily, Liang was criticized by her students for her lack of commitment and enthusiasm in teaching, including showing up late for lectures, leaving class early, playing with her phone during lectures and allowing other students－and sometimes even her father－to teach the class.

Teaching ethics will be an indispensable part of all teachers' evaluations for promotion or getting awards, and teachers who violate ethical standards will not be eligible for promotion or higher academic titles, the Education Ministry said in November. University teachers must not commit plagiarism in academic research, it added.

Chen Baosheng, the education minister, said in a video conference on Friday that the government has "zero tolerance" for violators of teaching ethics.