China wants to incentivise people to have 3 kids, but young people don't even want to get married

A new survey found that nearly one third of young people in China have no intention of getting married.

Chinese authorities have realised that young people do not want to get married, and have babies that traditionally come with starting a family.

Despite a public push to incentivise young adults to start a family – including an overhaul of family planning policies to allow people to have three children – a new survey suggests the marriage rate will only fall in the coming years.

The survey, organised by the Central Committee of the Communist Youth League, found that more than one-third of nearly 3,000 respondents “did not want to enter a relationship ” and were uncertain if their opinion would ever change.

Published in Guangming Daily , a national newspaper in China, it cited the high costs of starting a family as the top reasons for their reluctance. The survey interviewed people between 18 and 26 years old who lived in urban areas.

The marriage rate in China is already falling and, according to the Ministry of Civil Affairs, 8.13 million couples registered to be married last year, down by 12 per cent from 2019.

It was also the seventh consecutive year of decline, and the number represented a 40 per cent decline from the 2013 peak when 13.47 million couples were married.

Last year, the country’s census said China experienced a six-decade low in the number of births, which concerned authorities because of the potential profound social and economic implications.

China recorded 12 million new births last year, down by 18 per cent from 2019. That was the lowest level since China was in the grips of its Great Famine.

In Chinese tradition, married couples are expected to be able to afford a home and a large engagement fund. Recently, a car has been added to that equation. 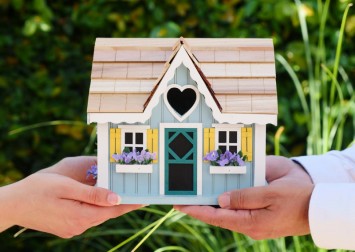 “In major cities, there are only two types of young people – those who have a home and those who do not,” one of the respondents was quoted as saying.

Young people also are more aware of their own needs and no longer consider marriage as a requirement, the study found.

“If marriage is not helping improve their quality of life, or it keeps them from achieving their self-worth, they’d rather not do it,” it said.

Young women are particularly reluctant to get married.

About 44 per cent of the female respondents said they wouldn’t marry or were not sure if they would, nearly 20 percentage points higher than the men surveyed.

The most common reason was they did not want to have kids, the survey showed.

While China’s policy shifts may help incentivise families to have three children, the survey suggests it has done little to get people to take the first step and get hitched.