A teacher who went and spied on several schools, accusing them of running illegal after hours classes, says he fears for his saftey after an online backlash.

A schoolteacher in China claims he fears for his safety after he used a drone to spy on schools he thought were running after-school tutoring classes in breach of a controversial government ban introduced last year.

Fu Xinping, a geography teacher in his 50s from Hangzhou in Zhejiang province, eastern China, became a self-styled "whistleblower" after he travelled nearly 1,400km around the province last month to "collect evidence" and filmed eight schools he suspected of running illegal tutoring over the summer holidays.

He published some of the videos on social media and reported five of the schools to local education supervisors for allegedly violating the ban.

After he went public with his informing activities there was widespread criticism from parents and other teachers who accused him of "stopping students from working hard". Many said he was contributing to a worrying culture of snitching masquerading as public interest whistleblowing in China.

Fu said he has installed several surveillance cameras around his home out of concern for his safety after being criticised for doing something he believed was right, the Jinan Times reported on Monday (Aug 15).

"I just love informing on after-school tutoring," he told the paper.

"No one is stopping you from working hard ... but how fun do you think it is when a large group of people do the same thing?"

Fu started his informing project on July 19 and spent five days filming the eight schools across Zhejiang province, all from lower-tier cities where education resources are believed to be much more scarce than in the area where Fu lives and teaches.

Fu filmed human activity of an unclear nature at the five schools that he thought should be empty during the holidays, he said on short video app Douyin. He then reported what he claimed was illegal tutoring to local authorities using the videos as evidence.

However, none of the county governments confirmed the schools were providing illegal holiday classes. Instead, one said the footage showed an event unrelated to academic study, while others said they opened their campuses for student self-study activities during the holidays.

China bans for-profit after-school tutoring including on weekends and during holidays following a massive crackdown last year to ease what it called the "academic burden" on school children.

The move has been deeply unpopular in mainland China among parents and teachers and prompted many tutoring centres and teachers to take their operations underground. 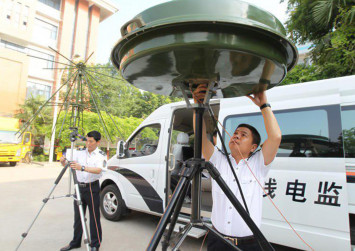 "We're willing to take after-school courses. What's wrong with that?" several people commented under one of Fu's videos on Douyin on July 26, which showed a campus where people were present during the holidays.

Many noted that offline classes provide precious learning opportunities amid China's strict Covid-19 measures, and were especially important for students in smaller and less well-off areas who have to compete with peers from well-resourced schools in university entrance exams.

"This teacher is so annoying. He's doing harm to the students while gaining no benefit for himself," one person commented.

Others expressed concern about a growing trend of snitching reminiscent of the culture of informing that spread fear and mistrust through society during China's Cultural Revolution five decades ago.

"We've seen so many news reports about tip-offs against teachers and professors in recent years. It would be a horrible society without any trust if this becomes a trend," another wrote.