A handout photo. Chinese actor Xiao Zhan is one of the idols who have attracted a huge number of fans via online clubs.

China’s online fan club culture is the product of “capital and technology” deployed by internet companies, and Beijing’s crackdown is justified as it is difficult for teenagers to break free from the clubs’ grip, according to Xiang Biao, director of the Max Planck Institute for Social Anthropology in Germany.

Online fan circles, or informal virtual communities centred around an idol, have attracted Beijing’s attention and become the latest target of a government crackdown. People’s Daily, the Chinese Communist Party’s mouthpiece, said on Friday that “the deformed fan circle must be regulated”.

China’s internet regulator, the Cyberspace Administration of China, is expected to impose restrictions on the activities of online fan clubs that some see as bordering on cults.

“Fan clubs are different from normal, spontaneous star-chasing behaviour,” said Xiang, who studies migration and social change in China and Asia, in an interview with the South China Morning Post on Thursday (Aug 12).

Xiang said that fan clubs usually feed constant information to members, which encourages their indulgence and motivates them to take action.

“Fans also want a sense of identity from other fans, so there is pressure for them to stay in the fan clubs and continue to invest effort and money into them,” said Xiang, who added that this “need” was being exploited by capital and technology.

The cyberspace watchdog removed 150,000 examples of “harmful” online content and has punished more than 4,000 fan club-related accounts, according to a Xinhua report last week.

Microblogging platform Weibo announced the removal of its “Star Power Ranking List”, which encouraged competition among fan circles to raise their idol’s rankings on the list.

“Government intervention is necessary” because it is very hard for fan club members to escape a situation created by capital and technology without external help, according to Xiang.

Fan clubs, along with gaming and private tutoring, are now considered by the Chinese government as activities that may adversely affect the well-being of the country’s youth.

The latest crackdown marked a change in Beijing’s attitude from a year ago when China’s state media saw “positive energy” in online fan clubs, especially when their members turned into online warriors to defend Beijing’s more restrictive policies towards Hong Kong, idolising China as a fictitious Brother Ah Zhong, or Brother China. 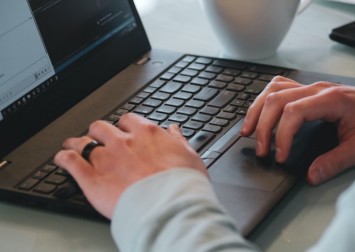 Xiang said fan clubs might generate rhetoric that the Chinese government likes to hear, but their organisation is still driven by profits. As such, fan clubs are different from China’s Little Pinks – the online trolls that defend Beijing’s policies – which are more spontaneous.

The proliferation of fan clubs in China, which have created online tribes from millions of teenagers, partly reflects a lack of purpose among Chinese youth, Xiang said.

“Rock ‘n’ roll has gone, poetry has largely gone, as well … fan clubs have been the substitute,” Xiang said.