Xpeng Motors, which beat Tesla last week in a JD Power survey of electric cars, has been testing its autonomous driving system with a new capability to read traffic conditions, underscoring its push to outsmart the brand that is considered the benchmark in new-energy vehicles.

The Navigation Guided Pilot (NGP) highway solutions, now available on Xpeng’s P7 sedan, will be expanded to cover city-level scenarios for the new P5 sedan, where two of six versions equipped with LIDAR.

The NGP includes features that give a real-time readout of traffic lights across China’s urban cities, according to a video circulated on China’s social media.

In the video, the P5 made two automatic lane changes with voice-over assistance and merged into the left lane.

The vehicle was then able to recognise the green light at an intersection, passing through it before the light turned red, in a demonstration of the vehicle’s 32 perception sensors in action.

Chinese EV makers are “a little bit ahead of other competitors, especially traditional carmakers in piloting” and in autonomous driving features such as those found in robo-taxis, said Yale Zhang, managing director of Shanghai-based consultancy Automotive Foresight, who counts General Motors’ Buick Velite six plug-in hybrid electric car among the three vehicles he owns.

“All of the systems are developed by these EV start-ups or by new tier-one technology companies.” 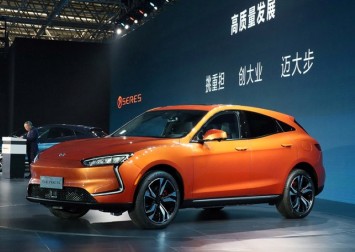 Xpeng topped Tesla in JD Power’s survey about car owners’ experience with 42 in-vehicle technologies, unveiled on Aug 5. The Chinese carmaker scored 615, the highest among so-called mass market EVs, while Tesla came second at 597 and Li Auto was third at 577.

Mercedes-Benz ranked the highest among luxury cars powered by internal combustion engines (ICEs) with a score of 550 while BMW and Porsche were tied in second place with a score of 534, according to the survey.

“More players are getting into the intelligent vehicle field, with both the first mover and the new joiner thriving to grasp the only opportunity to win the new battle,” said Jeff Cai, general manager of auto product practice at JD Power China.

“The more competitive the field, the more carmakers need to delve into user demand and user experience.

"By investing resources in the areas where users most need, while consistently improving the perceived quality and user experience of the advanced technologies, brands can gain a good footing in the new intelligent vehicle field.”

Xpeng’s so-called navigation-assisted autonomous driving feature, along with a promised enhanced memory parking function, is the company’s latest move to dominate China’s market of smart EVs, upping the ante in its competition with Tesla.

Xpeng priced P5’s price at between 160,000 yuan (S$33,530) and 230,000 yuan to attract budget-conscious customers last month, soon after Tesla unveiled a cheaper version of its Model Y sports-utility vehicle that was 20 per cent cheaper than its extended-range version. 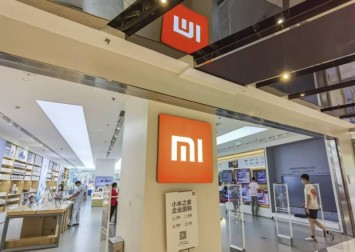 The P5 is the world’s first mass-produced to make use of LIDAR , an array of laser rangefinders that give the vehicle a more accurate reading of stationery and moving objects in its surroundings, making them an integral feature of autonomous driving.

Tesla’s chief executive Elon Musk had famously dismissed LIDAR as being too expensive to install in commercial vehicles, describing attempts at mass application as a “fool’s errand.”

“There are quite a lot of tier-one start-ups, with only five to 10 years’ history,” said Zhang. “They are developing very fast.”