It all started with the milk.

In May, Chinese fans of popular boy band talent show Youth With You were given the right to vote for contestants by scanning a QR code printed on the bottle cap of a sponsor’s product.

The promotion led to frenzied buying among fans, with local media estimating the number of sales to have topped 270,000 bottles in a matter of days. Milk bottle lids soon began to appear on online marketplaces, with 10 caps selling for 45 yuan (US$7).

But when video emerged of people throwing away boxes of unconsumed milk just to claim the caps, authorities and state media were enraged, vehemently attacking the “wasteful” practice and the show’s producers for not foreseeing it.

What followed was a sweeping crackdown on Chinese celebrity and fan culture, which the government accused of causing “chaos” and promoting extravagant lifestyles – just the type of excess President Xi Jinping is trying to address with his “common prosperity ” policy to even wealth distribution.

The campaign by cyber regulators and propaganda authorities has since restricted content promoting “distorted beauty standards” and the “glorification of wealth”.

Much of the subsequent commentary has attributed the crackdown to authorities’ concern about social values and threats to government power, as China’s fan clubs hold enormous sway with young people. 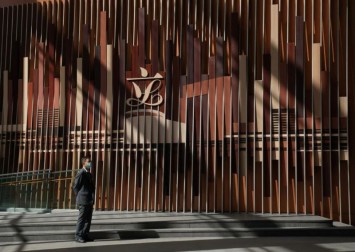 But the new rules were also designed to protect consumer rights and rein in an unruly multibillion-dollar fan industry prone to fraud, tax avoidance and doxxing.

While it is too early to say what impact the clamp down will have, there are already positive signs in the eyes of some fans and consumer rights advocates.

“In a social sense, this crackdown will undoubtedly have a purifying effect on some undesirable phenomena in the current internet environment,” said Zeng Jie, director of the Illegal Fund Raising Crime Defense and Research Centre at Guangdong Guangqiang Law Firm.

“In a legal sense, it will play a role in preventing and curbing some fraudulent or other criminal activities.

“This crackdown is a turning point that will make the fan economy more healthy and regulated.”

Fan clubs in China have tens of millions of followers who, until recently, were willing to spend hours each day fundraising and helping their idols reach high rankings on social media like Weibo.

Their dedication spawned a lucrative fan economy, where armies of minors supported stars by buying merchandise, boosting their popularity online by sharing content and campaigning for votes, and splurging on celebrity-endorsed goods or special content.

The fan economy was estimated to be worth US$5.49 billion (S$7.4 billion) in 2019 and, before the crackdown started in June , was expected to surpass US$9.42 billion by 2023, according to China-based iResearch Consulting Group in 2020.

Liu Qifang, a 20-year-old college student at Fudan University in Shanghai, said she would spend about 200 yuan each month buying albums and merchandise from her idols’ fan pages.

Fan clubs are highly-structured operations, where members were in the past divided into high and low-income groups, including high school students, university students and workers. According to Liu, each group was set a fixed number of buying requirements each month.

“They wanted to make sure each fan showed maximum purchasing power,” she said.

The fans who spent the most were often the youngest, because they lived with their parents and had few financial responsibilities, Liu said.

“Plus they value their spending on idols very much – it is quite meaningful for their school relationships,” she said.

The businesslike structures of many clubs mean they can mobilise members at dizzying speeds.

In September, Chinese fans celebrated the birthday of Park Ji-min, a member of the K-pop Bulletproof Boy Group, by raising more than 1 million yuan (S$212,000) in three minutes and over 2.3 million in an hour, while collaborating with an airline to customise a plane for the star to use exclusively.

But the big sums of money involved made the industry prone to shady and sometimes illegal activity, according to experts and the government.

Zeng said there were grey areas in the fan economy, including sales fraud, where club administrators took money for merchandise but never delivered goods, as well as the sale of fake items.

Many fan pages were unlicensed to sell products on behalf of stars, which could lead to tax evasion, he said.

Read Also
Why is China's celebrity-obsessed fan culture so out-of-control? 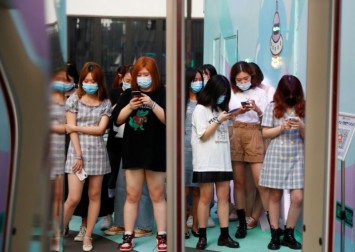 “The fans’ spending potential is crazy,” Zeng said. “A considerable part of the government’s crackdown on the celebrity industry is due to the protection of consumer rights, especially the fans, a group whose overall age is young, without independent economic resources and unable to make rational consumption decisions.

“But the market needs to protect normal consumer demand – both sides have to balance.”

Wang Nuoyi, a 23-year-old university student from Shanghai, said the crackdown has done “wonders” to protect people from clubs’ vicious online culture, which could manifest in doxxing and trolling rival groups, as well as pressure to spend.

Weibo’s “Star Power Ranking List” encouraged competition among fan clubs to raise their idol’s ranking on the list. Fans would buy Weibo memberships and make “data” – or content – for their favourite stars to prove their popularity online.

After the Cyberspace Administration of China started a months-long campaign to discipline online fan clubs, Weibo removed the list.

“The operation did not benefit the fan base, both in terms of financial resources and time costs.”

For Li, who is no longer a fan club member, the government’s crackdown on idol culture is a reasonable policy. Looking back, she said making data for fan groups was an energy-consuming and ultimately useless task. Her involvement also came with too much pressure to conform.

“I don’t think it is very free, many opinions cannot be expressed, so I won’t be joining a fan club again.”