Workers in protective suits stand near boxes outside a sealed off area following the Covid-19 outbreak in Beijing on March 21.

Anger in China over strict Covid-19 measures flared to a level matching the early days of the pandemic, after a bus carrying people from the southern city of Guiyang to a quarantine centre crashed on Sunday, killing 27 and injuring 20.

Guiyang vice-mayor Lin Gang apologised on Sunday night after the crash, which happened soon after 2am as the bus was heading to Libo, a mountainous county about 260km from the city.

He did not elaborate on the government's role in the crash, or what the apology was for. Instead, Lin said the government would "inspect safety risks in transporting people to quarantine" as well as investigate the cause of the incident.

Three officials from Yunyan district, where the bus victims were from, were suspended from duty pending an investigation, the Guizhou provincial government said on Monday (Sept 19).

The officials are district Communist Party secretary Zhu Gang; Song Chengqiang, who was in charge of transferring residents; and Xiao Lingyun, deputy party secretary of police in Yunyan.

An unidentified official said the province and city were investigating the crash and those responsible would be punished.

But the apology and the suspensions did little to curtail the backlash, with more than 69,000 comments on social media in the 24 hours after the crash, and related topics on microblogging site Weibo viewed more than 400 million times.

The level of social media engagement on a single issue matched the February 2020 response to the death of Li Wenliang, the Wuhan doctor widely regarded as an early whistle-blower over the pandemic.

Many commenters expressed their sympathies for the crash victims, all residents from the same area of Yunyan district where Covid-19 cases have been recorded.

Some family members of crash victims shared their grief and frustration on Weibo. "[My mother] has been living at home for the past half a month and she only went out to do Covid-19 tests," one woman wrote. 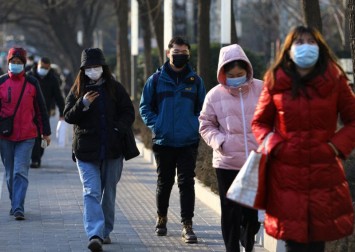 "She held a green health code and a negative test result. Then she was dragged to quarantine and died on the way. I can't accept such an ending."

There was a further backlash when Hu Xijin, the former editor-in-chief of the state-owned tabloid Global Times, said the accident should be viewed as a safety issue, instead of relating it to Covid-19 prevention policies.

Many internet users pointed out the obvious violation of national transport rules – which ban long distance buses on highways from 2am to 5am to prevent fatigue.

But others criticised what they called the frequent but unnecessary practice of transferring people to isolation facilities outside their cities. Some called on the authorities to pay for the loss of lives due to their negligence.

Media and communications studies lecturer Wilfred Wang from the University of Melbourne noted that many online commenters, especially on Douyin – the Chinese version of TikTok – were linking their frustration with the strict Covid-19 containment rules to their anger and sorrow over the crash.

"It seems like many have had enough with the strict Covid controls in China, but such sentiments are either contained by censorship or self-censorship," Wang said.

Beijing resident Lillian Song said she felt angry and concerned about the accident because "everyone can end up on a bus like that" due to the strict Covid-19 measures.

Fang Kecheng, an assistant professor with the School of Journalism and Communication at the Chinese University of Hong Kong, said the internet users' reaction showed their concern that local policies were overriding national laws and regulations.

"But offline protests and other collective actions are unlikely to happen, as we have seen during the Shanghai lockdown, the death of Li Wenliang, etc. There is an apparent lack of efficacy among the public," Fang said.

US-based biomedical researcher Yebin Zhou, who writes about science on Chinese social media, posted that there was no scientific evidence that centralised facilities trumped home quarantine.

"The process of transporting would actually put more in the risk of being infected," he wrote.

The practice of moving residents of whole buildings – or even entire residential areas – to other cities has been used in Shanghai, Xi'an and Beijing because of a lack of isolation facilities.

Authorities say the practice makes isolation more thorough and helps cut the transmission chain. It also achieves "social clearance", so that all new infections are found among people already in isolation.

Read Also
Is the end to China's strict zero-Covid rules in sight? Internet users hope so 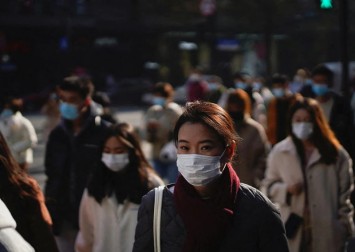 An unverified leaked document appears to show that Guizhou authorities had set a target to achieve "social clearance" by September 19 – less than a month before the Communist Party's national congress.

The Guiyang municipal government said on Monday afternoon that no infections had been found in three rounds of citywide testing from Thursday through Saturday, and the risk of community transmission had been "effectively contained".

Nie Riming, a researcher at the Shanghai Institute of Finance and Law, wrote on social media that Guiyang's authorities had been more worried about the spread of Covid-19 than the safety risks of transporting people over a long distance at night.

"In Guiyang, pandemic preventions clearly trump all other safety management policies, that's the cause of the crash," he wrote.

Nie said Guiyang was not alone, with an abundance of violations in the pandemic prevention policies in other cities – which have fenced off areas or locked people in their homes.

On Monday, a day after the crash, social media users posted pictures of rows of buses and said the transport of people to facilities hundreds of kilometres from their homes was continuing.