A former top Chinese general has been sentenced to life imprisonment for corruption, Chinese state media reported on Wednesday.

All of Fang's assets were confiscated, the report said, without disclosing how much money was involved in the case.

Fang, 67, was once the youngest commander of a PLA military region and described as an "opportunist" by military insiders. 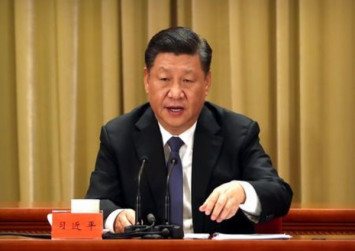 He is a former member of the powerful Central Military Commission, and was close to Zhang Yang - a former head of the CMC political work department who committed suicide in November 2017 during a graft investigation.

Fang joined the army in 1968 when he was 16 and was promoted to major general in 1998 when he was a corps commander of the then Lanzhou Military Region.

He became chief of staff of the Guangzhou Military Region in 2003 and was promoted to lieutenant general two years later.

In 2007 he was appointed commander of the Beijing Military Region, responsible for the defence of the capital. At the time, he was the youngest regional commander in the PLA's history.

As a rising star, Fang was in the limelight as he commanded the parade in 2009 to mark the 60th anniversary of the founding of the People's Republic.

He was made a full general in 2010 and two years later he became chief of general staff and joined the CMC.

When former president Hu Jintao was CMC chairman from 2004 to 2012, Fang was seen as a loyal Hu protege, but military insiders said they knew he was in the camp of former CMC vice-chairmen Guo Boxiong and Xu Caihou, which treated Hu as a mere figurehead.

Guo was sentenced to life imprisonment for bribery in 2016, while Xu died on March 15, 2015 from bladder cancer and multiple organ failure amid a graft investigation.

Military insiders said Guo, who was commander of the Lanzhou Military Region in 1997 and a CMC vice-chairman from 2003 to 2013, played a significant role in promoting Fang.

Guo and Xu were two of the biggest names to be swept up President Xi Jinping's anti-corruption campaign.

Xinhua reported last year that more than 100 PLA officers at or above the corps level, including Guo and Xu, had been investigated and punished since the Communist Party's national congress in late 2012. The total was greater than the number of army generals who died in battle during revolutionary times, it said.

Though most of the generals brought down ended up facing corruption charges, they were also often accused of disloyalty to the party.

Xinhua also reported that Xi ordered the military to relinquish all business operations, despite warnings that it would affect too many vested interests.