Zhou Xuanyi, an associate professor at Wuhan University and a well-known online commentator on women’s rights, has been suspended from teaching after a woman alleged that he date raped her, the university said in a statement last week.

According to the statement, Zhou, 42, has more than 1.4 million followers on Weibo and has also been disqualified from enrolling graduate students after an investigation confirmed the allegation by the woman, surnamed Tan.

He first gained widespread popularity for his witty remarks on China’s hit talk show Qipashuo and his feminist advocacy online, Zhou allegedly maintained sexual relationships with Tan and another woman and also had a girlfriend, Tan said on social media on July 17.

Zhou “violated disciplines as a university lecturer and a communist party member and has exerted a very bad influence”, the university’s statement said.

It was also revealed earlier this month that the Anhui Agricultural University in Hefei, Anhui province, is probing a senior official for sexually harassing a female student after the student, Zhang Xiaoxiao, took to social media several days after the Wu scandal broke.

Gao Jun, deputy director of the university’s College of Animal Science and Technology, was accused of repeatedly harassing Zhang with sexual innuendo over text messages since late last year.

His behaviour included sending her a love song at midnight, asking if any men were pursuing her romantically, telling her he missed her and inquiring her about two other female students’ attitudes towards sex, Zhang claimed in an open letter on July 13.

The university issued a statement immediately the next day, pledging a thorough investigation, but has yet to announce its findings.

The inclusivity and fair treatment of women has become a popular topic on Chinese social media in recent years since China’s #MeToo movement took off in 2018 when a former university student in Beijing publicly accused her professor of sexual harassment.

The accusations against Wu by influencer Du Meizhu could be the beginning of a new wave in China’s entertainment circle, said Hou Hongbin, a feminist writer in Guangzhou.

It would at least encourage more women to come forward in the future when encountering similar situations, she said.

“As you can see, after Du spoke out, over 20 women have shared their experience about how they were contacted by Wu’s team. That is already a good example,” she said.

In a statement last week Beijing police confirmed that Wu’s agent had asked Du to go to the singer’s home, where they had sex, on the pretext of selecting her to appear in a music video.

It said it was still looking into similar allegations made by the other women.

In the Wu case Du and the other women who spoke out later didn’t volunteer to date Wu, Hou said. “They went to him and were made drunk because they trusted their idol and his female workers. They went because they wanted the job being offered.” 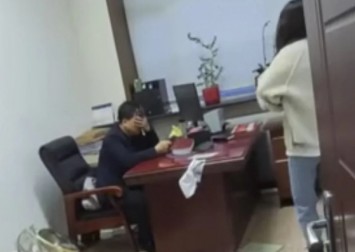 “It’s like Wu and his team was using a big net to catch those women, who were either minor or just reached 18. I don’t find any equality between a hunter’s team and an individual prey,” she added.

Wei Tingting, a women’s rights activist, said it was “pathetic” that after all these years since the landmark sexual harassment case of CCTV anchor Zhu Jun to the new scandal around superstar Wu, that there are men who build careers on a female fan base who then take advantage of vulnerable women.

“It’s sad that for a male celebrity who lives under the chase and care of female fans, he’s still depriving of the female,” she said.

“It’s worth noting that after the scandal broke, people tend to focus on these titbits, like Wu’s private parts and how much he was blackmailed, instead of the sexual exploitation itself,” she said.