The shifting tastes of China's millennials and growing popularity of local brands means fast fashion retailers like H&M could have a tough sell ahead of them in the world's second largest economy, as the Swedish company renews efforts to regain consumer confidence following a boycott over its comments on Xinjiang.

In August, US retailer Urban Outfitters announced it would exit the Chinese market, joining a list of fast fashion companies such as Old Navy and Asos that have left the country in recent years or been mired in controversy.

Urban Outfitters said on its official Weibo account, China's Twitter-like social media site, that its departure was due to "the adjustment of the brand's global strategy" and the withdrawal was temporary.

Its decision to leave comes against a backdrop of changing consumer preferences in China, one which reflects that the average Chinese consumer - especially in large cities - is asking more questions about the need for cheap, trendy and disposable garments, according to analysts.

"We are slowly seeing that [change in] consciousness - I'd like that product, but how often am I going to wear it?" said Yanie Durocher, founder of Shanghai-based POMPOM Creative Agency, which focuses on fashion and lifestyle brands in China.

"Of course impulse buying is still a huge thing because of e-commerce. But we are starting to see this trend, from the average consumer making 5,000 yuan (S$1,045) a month, all the way to whatever income level."

Adding to the woes of foreign brands is a movement among Chinese consumers to buy local, because of growing "nationalism", said Shanghai-based Cyril Drouin, chief e-commerce officer for Greater China at Publicis Communications, who has advised foreign brands. 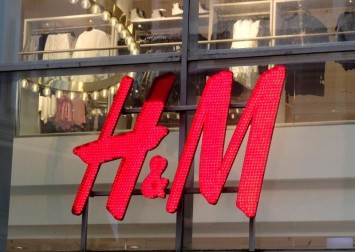 A survey of Chinese aged 18 and over conducted by consultancy PwC in October last year and March this year found that 37 per cent of respondents preferred to buy domestic brands, compared to 24 per cent who would rather buy foreign brands. Some 40 per cent said they were indifferent to where their clothes came from.

In March, H&M found itself at the other end of that strong emotion after it said last year it did not source cotton from Xinjiang.

The world's second-biggest clothing retailer faced a huge backlash after its comments were picked up by social media following Western sanctions on China over alleged human rights abuses faced by Uygur Muslims of the region.

H&M products were removed from all major Chinese e-commerce platforms and celebrities cut ties with the company. H&M's sales in China were down 23 per cent in the second quarter of this year compared to the same time last year.

Meanwhile, Chinese companies like sportswear brand Li Ning have prospered. The business, founded by former Olympic gymnast Li Ning, reported a 187 per cent surge in net profit to 1.96 billion yuan in the first half of the year. It attributed its growth to China's successful control of the coronavirus pandemic and consumers' preference for local brands.

Sheena Luo, a Guangzhou-based graduate, said that home-grown labels like Li Ning have become more popular in recent years because of their affordability, and young people often like to show them off to friends and on social media.

"The top luxury brands are still leading the world in fashion," Luo said. "However, for mid-range fast fashion brands, it is true that consumer loyalty is easily eroded, especially when it comes to patriotic factors."

Social media marketing has become more savvy in China and is now key to winning over millennials, according to Sai Chu, founder at online fashion start-up Gigasanse, which focuses on independent designs and premium fabrics.

"We have seen successful young brands in China, such as Perfect Diary in cosmetics and drink brand Yuanqi Senlin," she said.

"A lot of new Chinese consumer brands are emerging now, and most of them don't deliberately emphasise that they are home-grown fashion.

"But it's true that Chinese elements are increasingly sought after," Chu said, adding young people wanted "personalised designs" that reflected their pursuits and stance on issues.

H&M chief executive Helena Helmersson said in July the situation in China remains "complex", without elaborating further. In a statement released in March, the company said China is a "very important market" and its "long-term commitment to the country remains strong".

One strategy it is pursuing is to broaden its market presence in China by introducing new brands. It is set to open two stores in the premium shopping districts of Beijing and Shanghai under the more expensive labels Arket and & Other Stories.

"They are putting different masks on," said Durocher. "Some people may not know they are from H&M. The products and the quality are significantly higher than H&M and so is the price.

"So this is where they get to revamp themselves, create new business models and have new cash cows on board." 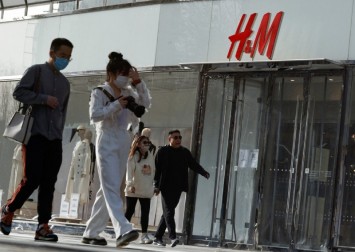 According to UBS Group, Chinese women will be the main drivers of an expected $5.3 trillion boom in consumer spending over the next decade as their incomes rise.

Beijing-based Shu Dian, a 31 year old communications professional, said she would check out H&M's new stores Arket and & Other Stories, which made their online-only debuts in China in 2020 and 2019, respectively.

"I haven't bought anything from Zara and H&M since I left college," she said. "I feel their quality is not great."

Shu has been buying from Chinese brands such as Tribeca and Ochirly, which count France's luxury group LVMN as an investor, and target working women with higher disposable incomes through their extensive store locations across the country.

"These brands have generally good quality and their products are good value for money," Shu said, adding quality was more important than the origin of a brand.

Kent Chen, who produces copycat products of popular fashion brands in Guangzhou, said the desire to flaunt a Hermes purse as a status symbol was not as strong in China as it was a decade ago.

"The status of foreign brands has declined a lot in the minds of the younger generation."