Two activists who disappeared last month in the southern Chinese city of Guangzhou had been detained by police, a family member was told by authorities.

However, Guangzhou police refused to disclose what charges high-profile ﻿women’s rights campaigner and freelance journalist Sophia Huang Xueqin and labour activist Wang Jianbing were facing, or where they were being held, according to a request filed with authorities by Wang’s younger brother, Jianen.

The Twitter account Free Xueqin&Jianbing shared a document – written by Wang Jianen and filed with police in Guangzhou’s Haizhu district – which said officers told him last Wednesday that Wang Jianbing had been taken, but that they did not reveal any other details about the case.

“[We] hereby request that relevant departments notify the families in writing,” Wang Jianen wrote in the form.

He was told to go to the Chigang police station in Guangzhou last Thursday, where three unidentified officers told him to stop visiting various law enforcement and judicial agencies to find out what had happened to his brother, and asked him to keep quiet about the case, according to the Twitter account.

The detention of the pair follows that of University of Hong Kong doctoral candidate and labour researcher Fang Ran, who was taken by national security agents in his hometown of Nanning in southern Guangxi province in August.

Huang, 33, is one of the most well-known #MeToo activists in China and an award-winning journalist, while Wang, 38, has worked in rural education and campaigns for the welfare of workers with occupational diseases.

Friends and family lost touch with the pair on Sept 19, a day before they were due to leave for Hong Kong, where Huang would travel onwards to Britain for a master’s programme at the University of Sussex on a Chevening scholarship.

Li Xuewen, a dissident writer based in the central city of Wuhan and a friend of Wang, said he was surprised to hear about the detention. He said Wang, a long-time NGO worker, was a compassionate person and tried to keep a low profile. 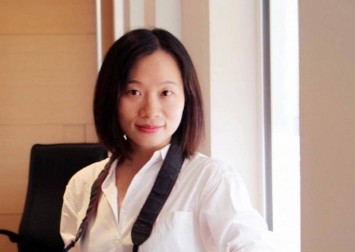 When Li was himself detained in 2017 for hosting a memorial in honour of pro-democracy activist Liu Xiaobo who died in July that year, Wang supported him and wrote an article calling for his release, according to Li.

“I never expected him to be detained, and his family can’t even find him or receive any news about him. The authorities are behaving like bullies,” Li said.

“Wang and Huang are two young people born after 1980 who have been brave enough to make noise and take action [for the marginalised] in the public arena. I think it’s something very rare these days.”

Wang Jianbing is the third friend of Li’s to be taken in the past year – Hunan-based dissident Ou Biaofeng was arrested last December and is facing charges for inciting subversion, and Guangzhou-based activist Wang Aizhong was detained in May under the catch-all charge of “picking quarrels and provoking trouble ”.

“I feel terrible. This seems to be our fate,” Li said.