China's 'Moonlight clan' generation lives pay cheque to pay cheque, but not because they are poor

A woman walks past a store of German fashion house Hugo Boss in Beijing, China, March 27, 2021.

The phrase “treat yo’ self” has become something of a global slang term for millennials to justify spending a bit too much on a meal, a retail purchase that stretches the budget or even taking a day off work.

In China this generation is known as the Moonlight clan, referring to young, usually single professionals who choose to spend their entire pay cheque, or even take on debt to finance their lifestyles.

According to state-owned broadcaster CCTV, the Moonlight clan is becoming a powerful force in China’s economy, with an estimated 40 per cent of single urbanites living in tier one cities belonging to the Moonlight clan.

The report added that 76 per cent of singles in tier four or tier five cities live pay cheque-to-pay cheque.

A survey from Kantar, a data analytics and brand consulting firm, called China MONITOR 2020 found 56 per cent of single Chinese young people between the ages of 18 and 34 feel confident enough in their own personal financial situation to take on short term debt to fund spending.

Ye Han, consulting partner of Kantar China, told the South China Morning Post that 70 per cent of this demographic believe shopping can improve their well being and 72 per cent will dole out cash for an item with strong brand positioning.

“At the same time, born and growing in digital era, they demand convenience and do not mind paying a premium for relevant services that can make their life easier,” she said.

Read Also
True story: 'I'm 38 years old and I have no savings' 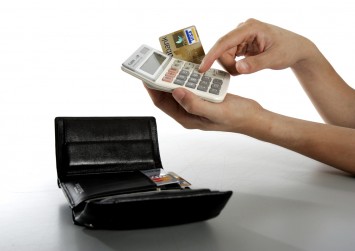 Pronounced Yuèguāng Zú in Chinese, Moonlight clan is a play on the characters “month”, “out of money” and “clan”. The phrase describes being broke at the end of each month.

It is sometimes negatively compared in state media to the Western phrase Moonlighting, which typically refers to people who need to take a second job to pay for life’s necessities.

By comparison, the Moonlight clan is largely used to describe people who could probably save money every month if they altered their spending.

In 2018, the South China Morning Post reported that some members of the Moonlight clan struggled to save money because they were spending everything they could to maintain the lifestyle they had grown accustomed to when living with their parents.

But, often the harshest critics about their spending come from their own family.

While the Moonlight clan may help support a local restaurant or retail shop, there is some concern about the overall impact on China’s economy.

Kwok Yun Kwong, a senior lecturer in applied economics at Hong Kong Baptist University, told the Post the trend would negatively impact mainland China’s macroeconomy because it will decrease savings and reduce the investment rate.

“Besides filial piety, this behaviour also reflects the Moonlight clan are irresponsible about their own future retirement lives., he said. “This will create pressure on the government’s social pension scheme and cause social instability.”

As more young people put off marriage, and as China’s looming demographic crisis becomes more urgent, there is significant concern about the pension fund’s future.

In late March, the Post reported that plans to raise China’s retirement age, ostensibly to reduce pressure on the pension fund, struck a nerve among the poor and working-class citizens who may have to work longer than they had anticipated before they can receive benefits. 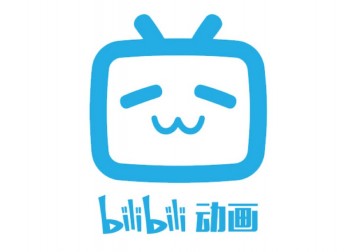 China’s population is expected to become an aged society — defined by having a population where more than 14.3 per cent of the population is over the age of 65 - by the year 2022.

Experts in March said that the population could peak around 2029 at around 1.44 billion people, and it could decline to about 732 million by 2100, according to the Post.

China’s registered births decreased by 15 per cent in coronavirus-hit 2020 and its marriage rate declined to its lowest number in 17 years.

However, the pressures go both ways, and many young single people in China, especially women, worry that it’s impossible to have both a family and a career.

Women are concerned that, because childcare is overwhelmingly considered the responsibility of women, they will be the ones that have to sacrifice their professional lives if they decide to get married or have children.

Although there is no official data on the number of young people who decide to hold off from starting a family and do not save their money, the CCTV report suggests it is a significant number.