China's plastic waste mountain the biggest in the world: Study

China is the biggest generator of plastic waste, with one-fifth of the world's single-use plastic coming from the country in 2019, according to an Australian study.

In its inaugural Plastic Waste Makers Index published on Tuesday, the Perth-based Minderoo Foundation said just 20 companies contributed half of the world's single-use plastic items thrown away yearly. And a quarter of those were firms headquartered in mainland China.

"China is the world's most populous country. So it's no surprise that they generate the world's largest amount of single-use, plastic waste," said Dominic Charles, lead author of the study and Minderoo's director of finance and transparency.

The researchers said China generated about 18kg (40lbs) of plastic waste per person during the year but that was still only a third of the average 59kg each Australian threw away. The United States was second on the list at 53kg per person and South Korea third at 44kg.

"In terms of per person, China is quite far down the list, ranked at 45 ... China sits at where you expect it for upper middle-income countries," Charles said.

State-owned oil and gas firm Sinopec was the world's third largest single-use plastic waste producer, pumping out about 5.3 million tonnes of the product in 2019, contributing about 2 per cent of its revenue, according to the foundation.

Charles said China must take the lead in addressing the problem.

"We can't tackle single-use plastic waste independent of China. There is a real opportunity here for China to become a leader in circular plastics in the same way it is becoming a leader in solar renewable energy," he said.

"At the same time, it would incentivise more collection and recycling of plastic waste and reducing pollution." 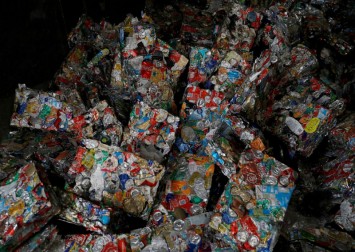 Charles said that using recycled plastic for production, would put a value on plastic waste and create economic incentive to collect plastics.

From plastic bottles to food packaging, single-use plastics are the most common type of plastic produced. More than 130 million tonnes of plastic was thrown away in 2019.

Single-use plastics are made almost entirely from fossil fuels, and are eventually burned, buried in landfills or discarded into the environment, according to the study.

Roughly 300 companies own the world's single-use plastic production facilities, and a third of these firms are from China.

If single-use plastic continued to be made at the present rate, it could account for at least 5 per cent of global greenhouse emissions by 2050, the researchers said.

Charles said that while consumers and brands had made strides in reducing plastic consumption, manufacturers of the raw materials for plastics had yet to take responsibility.

The index was compiled based on estimates from energy consultancy Wood Mackenzie, and also involved a number of industry and academic institutions including the London School of Economics and Stockholm Environment Institute.